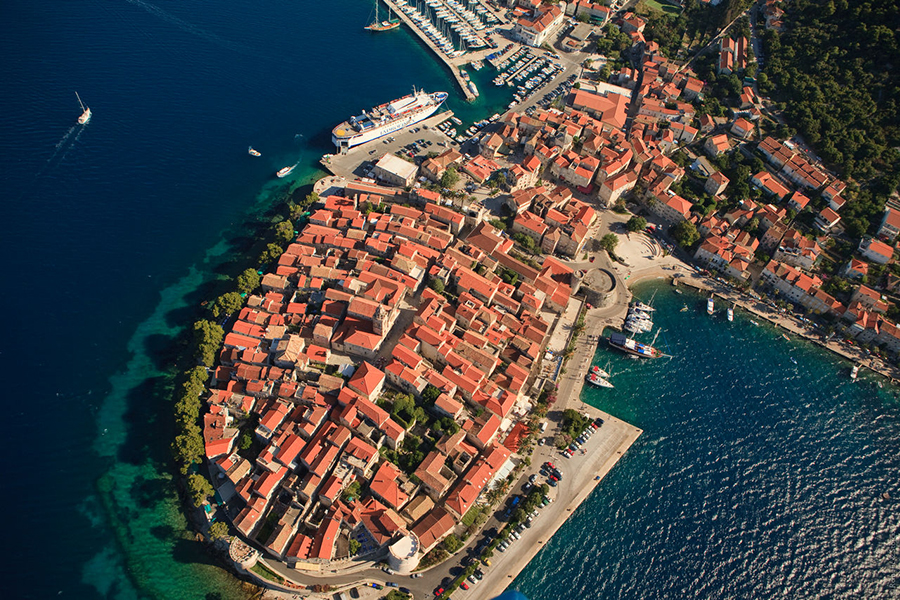 Sprawling rocky coastlines with hidden coves mirroring in the aquamarine sea, the sharp contrast between luscious greens of dense forests and turquoise hues, the Adriatic coast is breath-taking. Peppered with thousands of islands, today it makes a popular destination for travelers and seafarers alike. It was these same ancient woodlands that tempted seafaring Venetians centuries ago, who pillaged the Croatian oak to build their vessels. 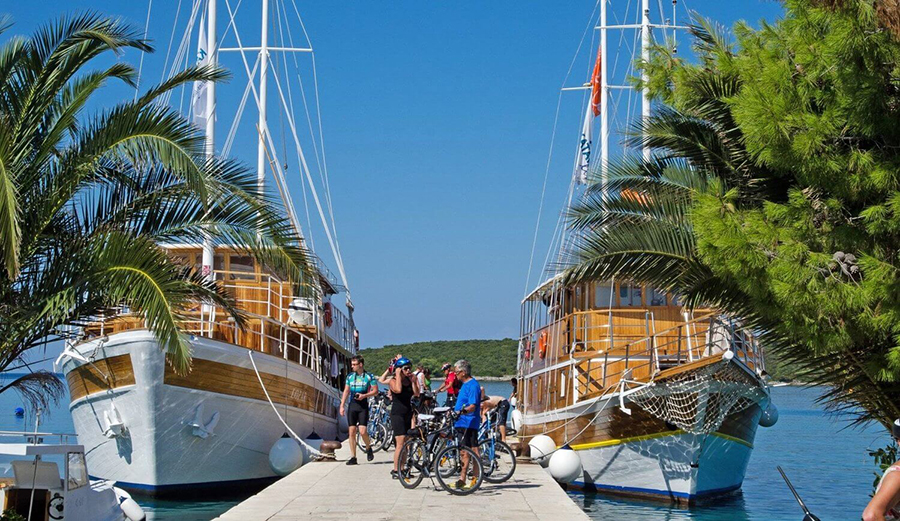 Away from the bustling towns and ports of the mainland, times went by are quite simply not times gone by but rather ‘’Modern’’ day life on the islands. A culture steeped in deep gastronomic history with some of its finest pickings being from the vast array of islands. It is here where you can find the most intoxicating wines in the land, the nuttiest olive oil, and the infamous salty Pag cheese. Island producers have little changed their traditional methods in centuries, preserving some of the finest flavors around. 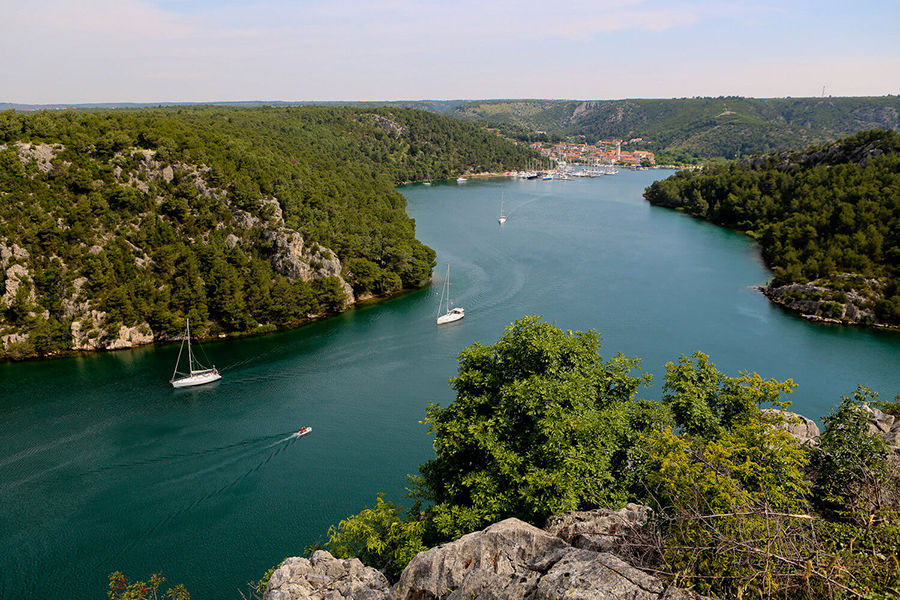 The islands offer the jewels in the craggy crown of Croatian culture. With over 1200 to choose from, you are truly spoilt for choice as to where to moor up first. So, let us share three of our favorites to put on the top of your agenda. 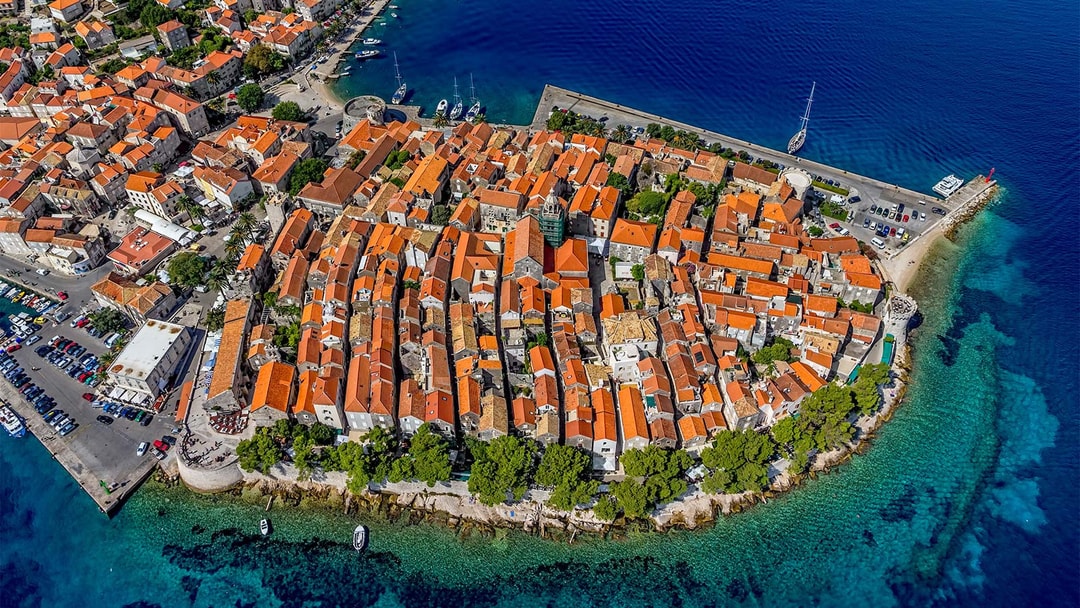 Rumour has it Marco Polo was born here, though it beggar’s belief why he ever left. Fine Stone carving holds a predominant tradition on Korcula, evident in the facades of the houses and the clambering streets.  Be sure to sail over to the tiny neighboring island of Badija, home to a unique Franciscan monastery.  The impressive 14th-century gothic renaissance cloister is considered worldwide as one of the most seminal buildings of its form. These days the local inhabitants are no longer the ecclesiastic, but instead the charming Mouflan Deer.

After a day of sightseeing, meander to the Lumbarda vineyards to watch the sun set while slowly sipping a glass of Grk.  With over 40 thousand wine makers in Croatia, it takes a lot to be the top of your game. Fortunately, the wine producers in Korcula have it mastered. This white wine is typical of the island, where the roots can be traced back to as early as the 2nd and 4th century when the Ancient Greeks dominated, bringing the somewhat slightly bitter vines in tow. 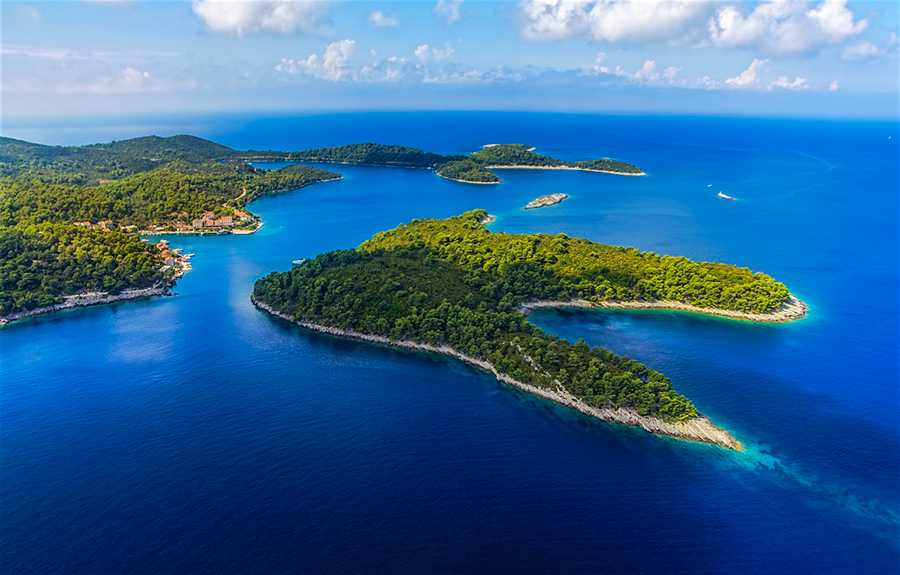 The alluring island of Mljet (or as the Ancient Greeks named it ‘‘honey’’) lies a short hop from Dubrovnik.  Greek legend has it Odysseus was shipwrecked here for 7 years while under the rule of the nymph Calypso. What remains today is his ‘’egg shaped’’ cave, a natural phenomenon -well worth a look. If you should head over around noon, the sun creates an iridescent rainbow spectrum of colors across the water, any budding photographers dream.

With a sprawling national park flanked by two saltwater lakes forming most of the island, it’s easy to see why the unspoiled haven of Mljet remained popular with the Gods. 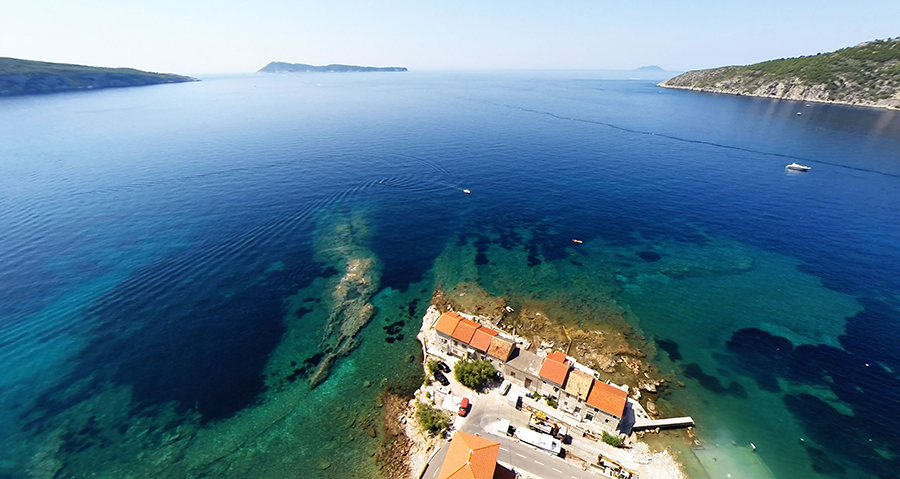 For those with a nous for history, the island of Vis is a captivating retreat. The former ‘’forbidden island’’ holds a checkered past, dating back as early as 397 BC where it fell Into Roman hands. Subsequently, Vis has endured varying rule from Venetian, to French, Austrian and even Italian. In more recent years it acted a large British military base during the second world war.  The island then became known as the hiding place of controversial Yugoslavian leader Tito. One can take a tour of the expansive underground labyrinths, abandoned airfields or Tito’s hideout. Post 1945 Vis was closed for tourism by Yugoslav rule and reopened its leafy doors in 1989. Consequently, the island’s lack of development during these years has rendered a tranquil escape unscathed by tourism.

Thanks to its geographical position in vast, exposed, open sea, the island has a climate slightly higher in temperature than its counterparts. This sub climate lends itself magnificently for fruit harvest. Locally renowned lemons and citrus trees litter the island with a heady scent.

Once you have your land legs, take a trek up Mount Humm and stop at the tiny chapel for an endless panoramic view over the town of Komiza. Look out for the fishermen in facula, a traditional narrow fishing boat with tapered ends.