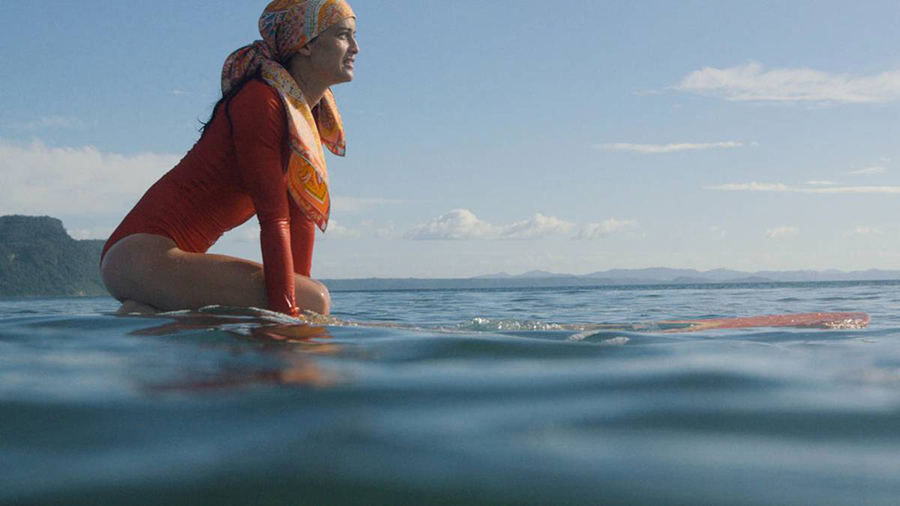 A story related to the French luxury goods label Hermès may not seem like a natural fit for a blog that is, well, essentially dedicated to all things sea and sailing. However, this short film produced by the iconic brand and directed by Creative Director Alexander Basile features some of the things that we like most: sprawling sandy beaches, crystalline waters, and cascading waves.

Hermès – Silk Waves from WE OWN YOU AGENCY on Vimeo.

The company dates to 1837 when Thierry Hermès opened a harness workshop in Paris. As the years progressed, the brand began producing more equestrian items, such as saddles. The first handbags were produced in 1922 and subsequently, more apparel items were introduced. The company has since been regarded as the epitome of luxury and sophistication with its handbags (particularly the über-coveted Birkin bag) and gorgeous silk scarves becoming instantly recognizable. The company offers these scarves in numerous sizes and incredibly, the popular silk twill 90 scarfs require the silk of 250 mulberry moth cocoons to be made!

The Hermès scarf is the undisputed protagonist of this short film as two surfers expertly ride the waves with colorful scarves draped around their heads while in certain shots, they are swaying them gracefully in the air. The feeling conveyed throughout the short film is a vibrant and dynamic one but at the same time, one cannot but feel a sense of serenity and tranquility that permeates the images. The colorful patterned scarves are at times blended seamlessly with the crystal-clear water and at times striking with coral and fuchsia shades contrasting effortlessly with their background.

The clip terminates with a shot that is at once luxurious and simple: a very large silk and four weather-beaten sticks become an impromptu canopy under which the surfing belles can rest on the beach. Who said that stylish items cannot be practical too?