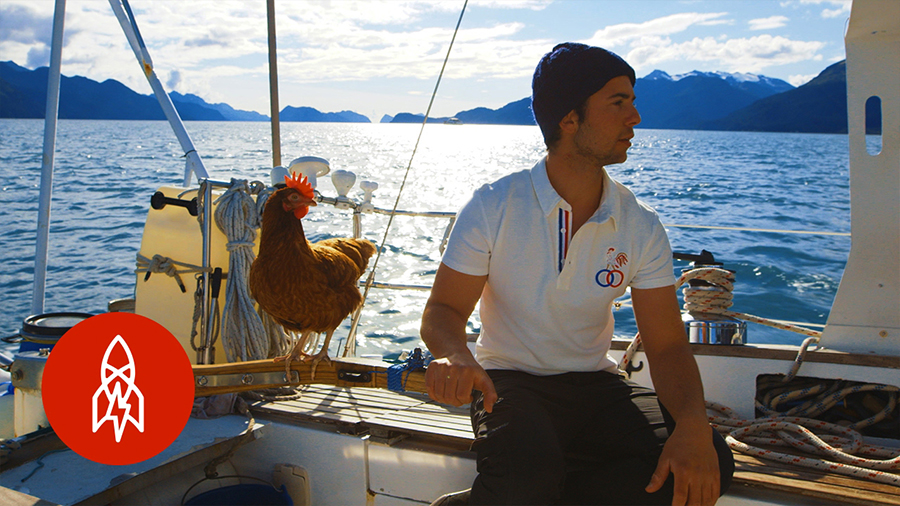 Best-selling author Paulo Coelho famously said, “It’s the possibility of having a dream come true that makes life interesting” and you’ll probably be hard-pressed to find someone who doesn’t agree with this statement. After all, how could someone possibly live a life where each day is an automated repetition of the previous?

Nonetheless, bills have to be paid and commitments have to be upheld, which leads many of us to put our dreams on hold and hope that we’ll pursue them eventually. However, 24-year old Guirec Soudée was not going to let this get in the way of his dreams of exploration and discovery.

At just 18, Guirec left France for Australia with only €200 in his pocket and no knowledge of English. Throughout his first adventure abroad, Guirec did all the odd jobs that he could get his hands on to sustain himself while he explored different parts of Australia. This experience fueled his desire for even more adventures, particularly the ever-present dream of going around the world.  For over two years Guirec has been doing precisely this, but with a peculiar companion…a red hen named Monique!

Though this beautifully shot video clip, Guirec explains how his sense of curiosity has led him to embark on a journey where he can only count on his own abilities to survive. Among his many remarkable feats, Guirec has spent a winter exploring Greenland’s glaciers with the trustworthy Monique. The feathered Mariner is a native of the Canary Islands and is very much at ease with her life at sea, so much so that she laid an egg on her first day on the boat.

We’re definitely impressed by this young man’s dedication to his dreams and our favorite extract from the video clip is probably the part where Guirec says “There are even moments I would give my boat, I would pay with my whole life to get out of there. But then the next day, the sun comes back, the wind has calmed, Monique has laid an egg and life begins again.” If this isn’t inspirational, we don’t know what is.