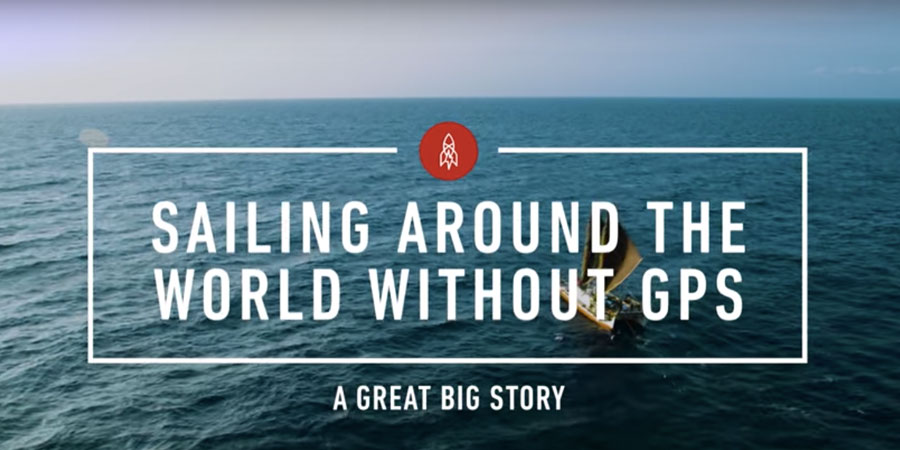 In a world where most of us cannot be without their phones for five minutes, isn’t it refreshing (although a little bit scary too) that someone would set sail without a GPS?

We’ve been fans of the Great Big Story short films here at Book2Sail for a while now as seen here and here and we’re always touched by the great narratives that they share with their viewers. This short film is no exception, of course. After a short glimpse of Hawai’i’s spectacular landscapes and lush vegetation, we are immediately introduced to Captain Bruce Blakenfeld as he describes his fascination with the Polynesian voyagers who set off for exploratory journeys in their canoes, with nature as their only guide. Through Hokule’an (a replica of the exceptional Polynesian voyaging canoes) Captain Blakenfeld set out on a technology-free voyage that celebrates this dynamic partnership between man and nature.

Like its predecessors, Hokule’a has no metal, no screws, no nails, and no braces but is instead held together by lashings of rope. This is coupled with the fact that there are no motors or any type of navigational equipment on board. Despite this, the Hokule’a crew set out on an ambitious worldwide voyage from Hawai’i’s in May 2014 equipped only with sailing skills, determination, and the guidance of the sun and the stars. The journey was successfully concluded two years later in Martha’s Vineyard.

We were particularly struck by what Apprentice Navigator Kaleo Wong had to say about this mode of navigation: “When we’re navigating the open ocean, our biggest clue that tells us where are and where we’re going is the sun. The sun, as we know, rises in the East and sets in the West. So, if we just know where one point is, then, we know where everything else is.”