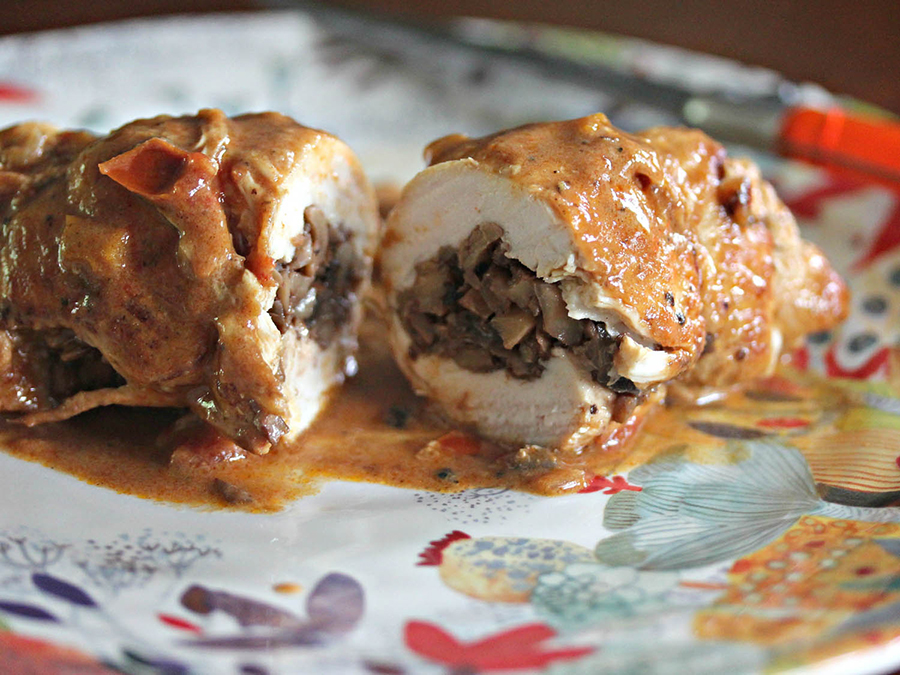 We’ve written a whole article about simple but delicious food that you can prepare and enjoy directly on your boat. However, we also happen to be in love with Mediterranean food (yep, we’ve written an article about that one too) and we feel that it is also important to try out a variety of local specialties wherever you’re sailing around the Mediterranean Sea.

Nonetheless, trying to dissect a menu that is written almost entirely in a language that you don’t understand is certainly not ideal. For instance, French food is a favorite of Book2Sail but the menus can sometimes be a little cryptic. So, here’s a little handy-dandy guide to French culinary terms that will definitely make your life easier if you’re sailing in the South of France this summer. 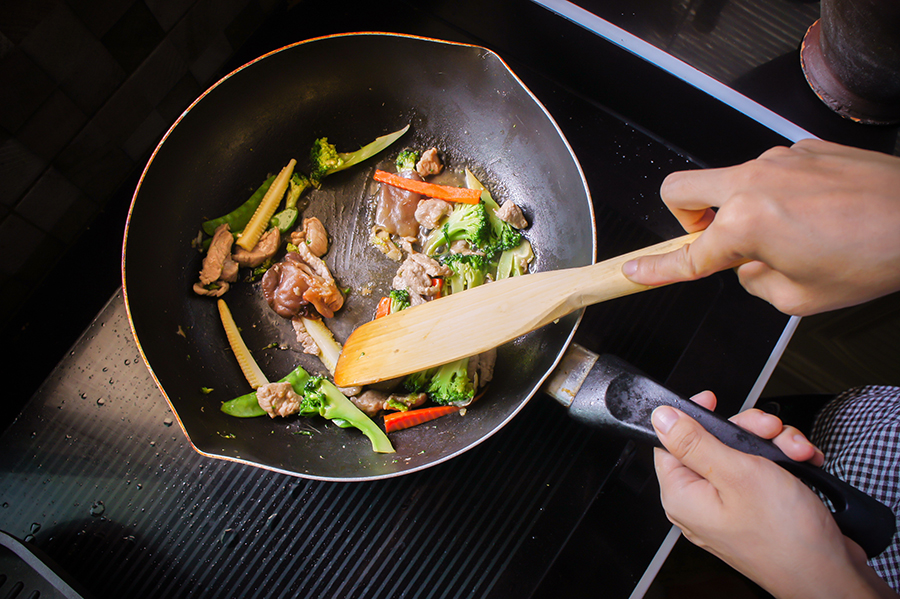 This term sauté is used to describe the cooking process whereby something is shallow fried in a little fat or oil. The word literally means ‘jumped’ in French but its culinary meaning originated in the 19th century. 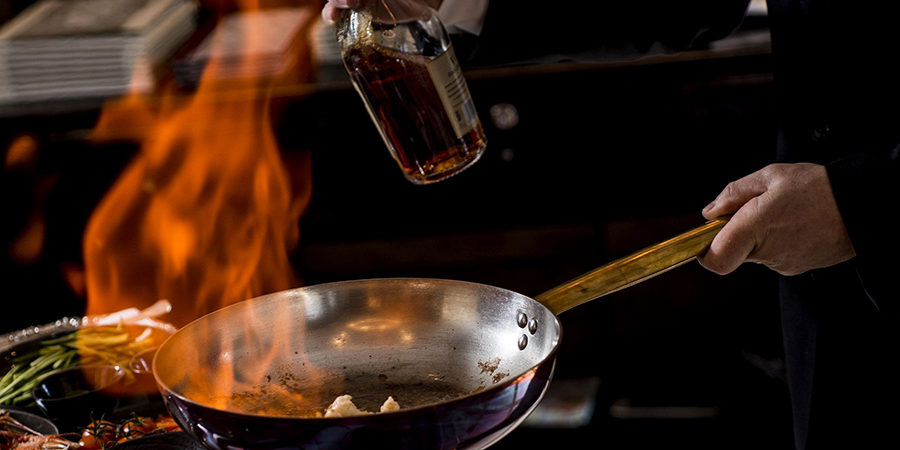 Flambé is another cooking process where alcohol is added to a hot pan and the food is basically ignited. As a result, the food acquires the flavor of the alcohol used and the chef gets to impress everyone at the table Also, #donottrythisathome. 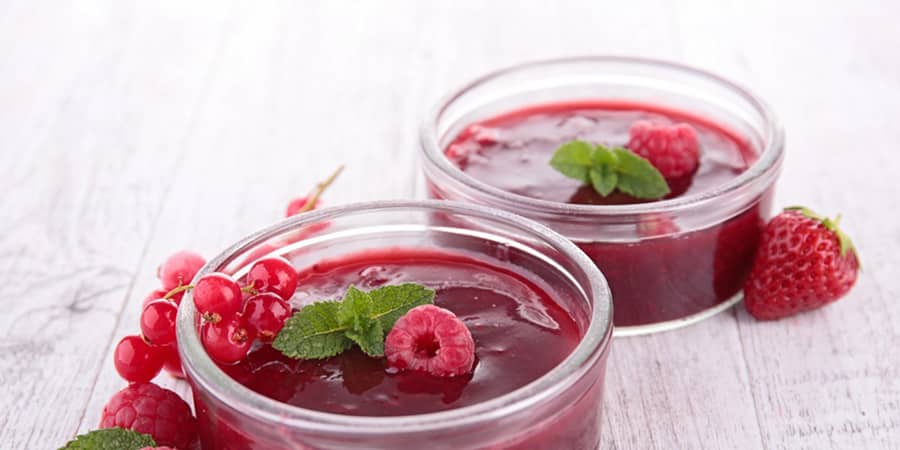 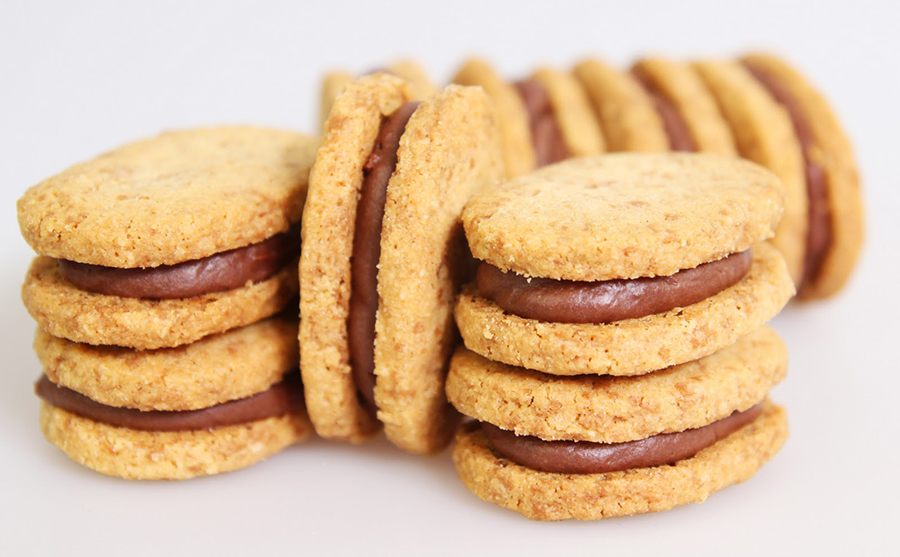 This is hands-down our favorite French cookie and is basically the Gallic equivalent of shortbread. This cookie originated in 17th century Normandy and is named after the (apparently) beautiful Marquise de Sablé who was in attendance when the cookies were first presented in the court of Louis XIV. 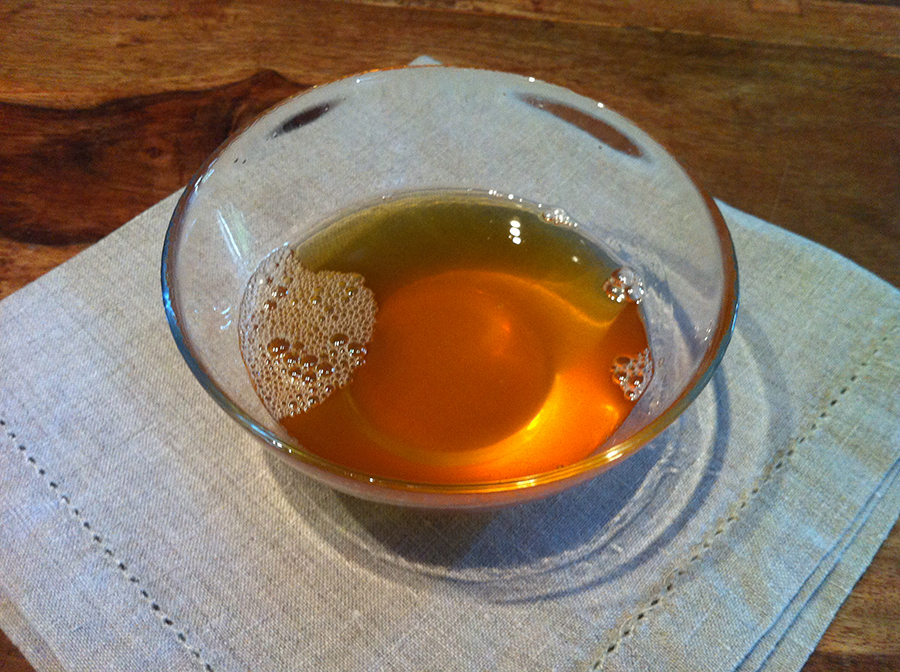 Although this term literally means ‘hazelnut butter’, in reality, it is a process through which butter is browned until it resembles the color of hazelnut and served as a sauce alongside fish, chicken or vegetables, amongst others. 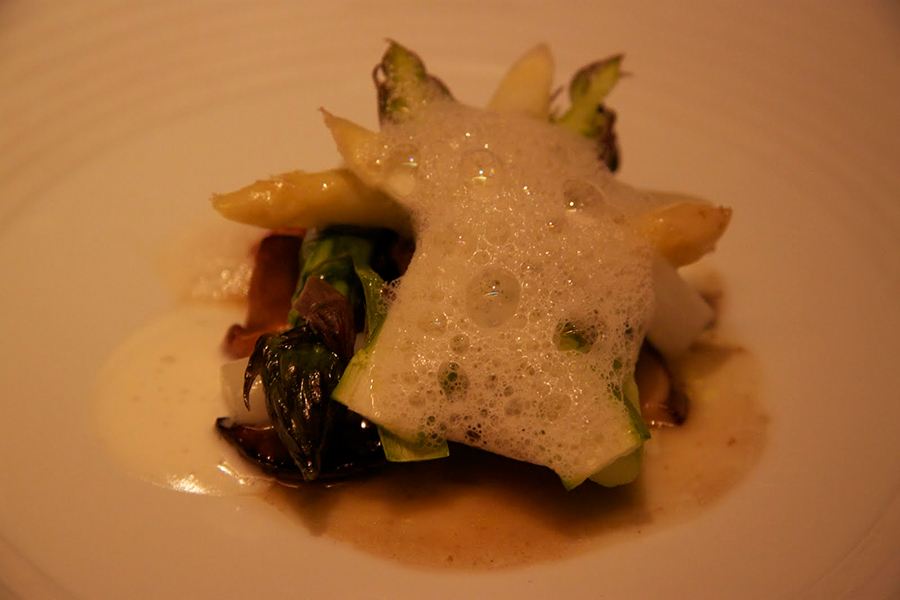 This term refers to pieces of meat that have been fried or stewed served with a thick white sauce. Julia Child famously described it as halfway between a sauté and a stew. 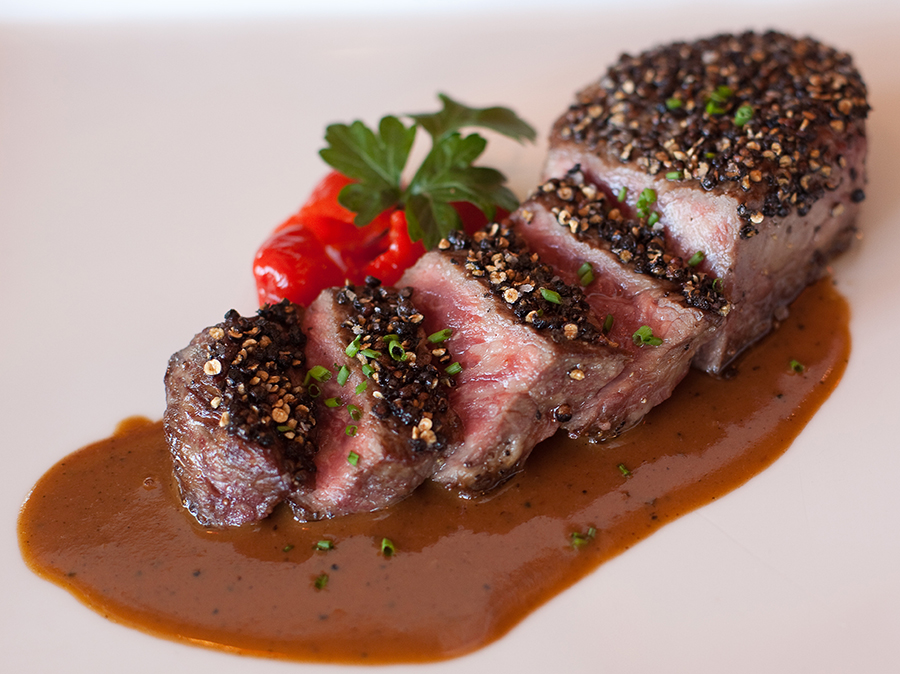 This term literally means ‘peppered’ and refers to the cooking process where something is heavily seasoned (or served) with black pepper. The most known use is probably in steak au poivre; where the steak is encrusted in ground peppercorns prior to cooking and most probably served with a pepper sauce too. 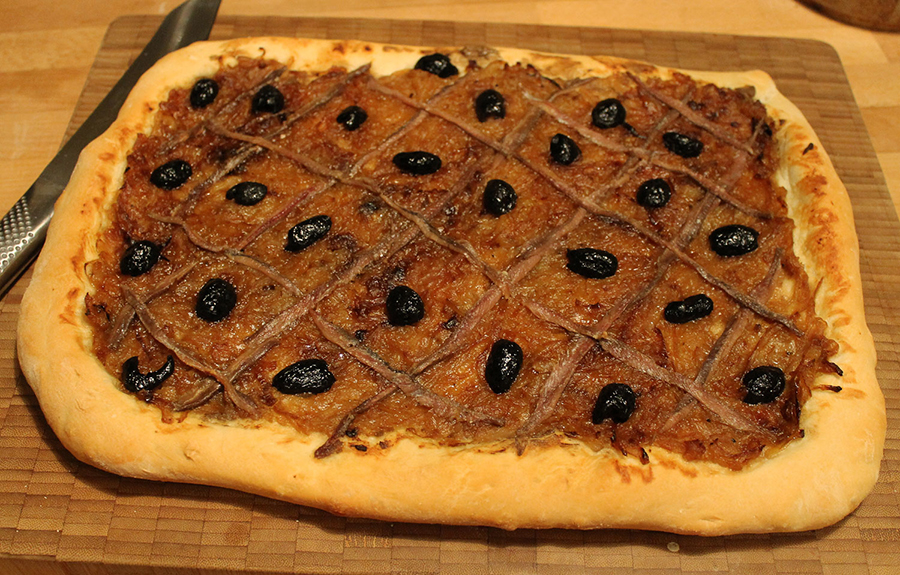 Source: Freshly made, every day

The pissaladière is essentially the French equivalent of pizza and usually consists of a thick(ish) dough that is topped with caramelized onions, black olives, and anchovies. The pissaladière originated in Nice so it’s definitely something that you have to try if you’ll be sailing along the French Riviera this summer. 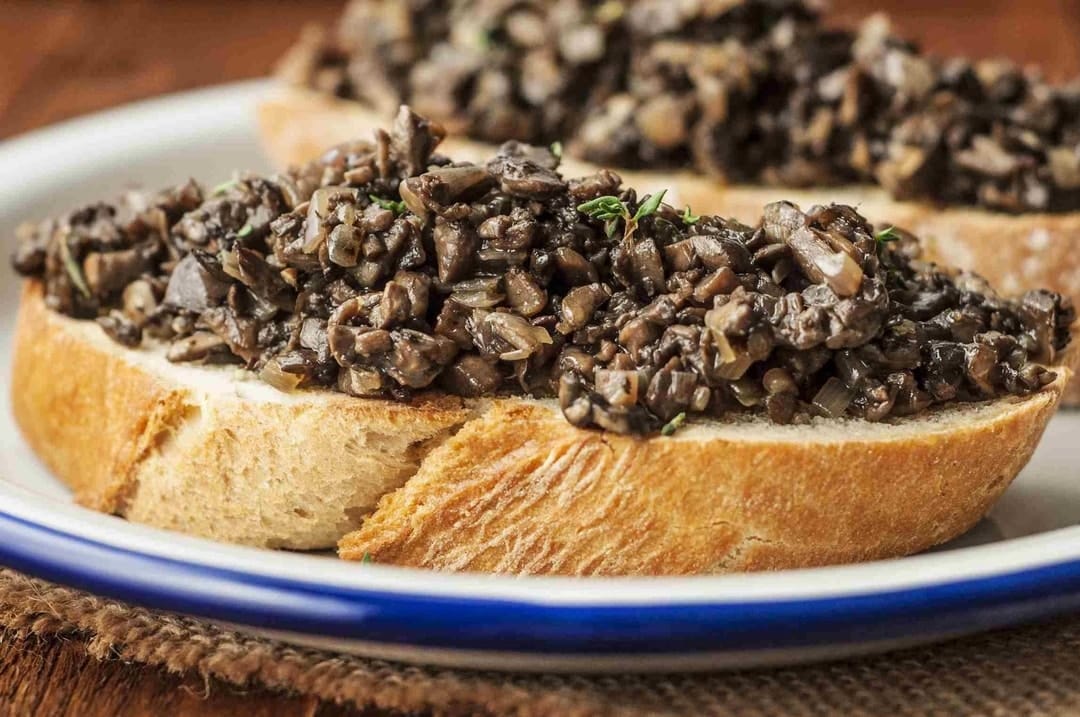 This term refers to finely chopped mushrooms mixture which is used as a stuffing for meats or pastry.