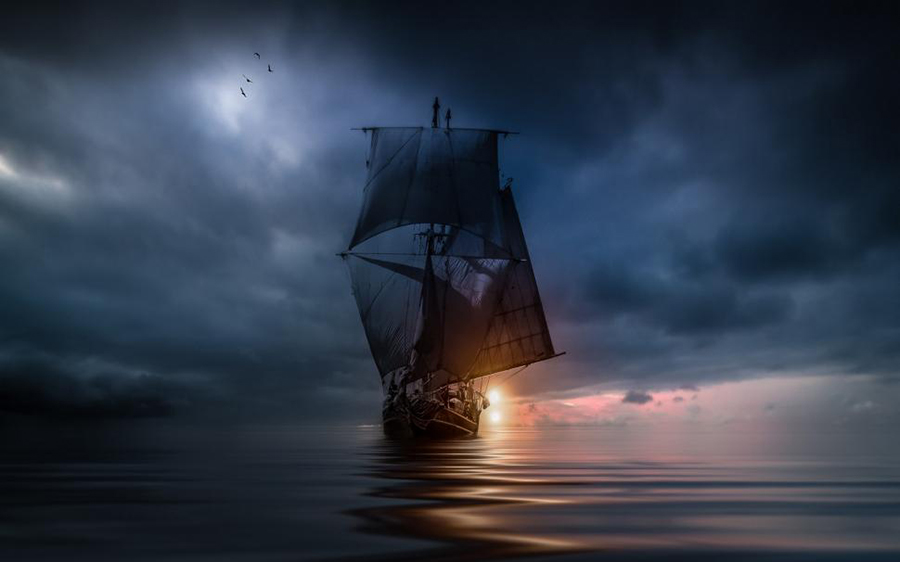 Yachting is the epitome of leisurely pursuits and the perfect definition of a good time, in our humble opinion. Nonetheless, sailing in the past was nothing to be cheerful about and in many situations, it was an activity that was fraught with danger. Essentially a life at sea was characterized by diseases, battling navies and limited commodities. And pirates. Let’s not forget the pirates.

Pirates pertaining to the ‘peg-leg and parrot’ variety are nowadays something that you’re most likely to encounter in a novel, a blockbuster movie, or at the most, a theme park. However, this stereotypical image of an 18th-century pirate is, to some extent, based on existing characters who plundered shoreside territories and merchant vessels alike. For instance, Blackbeard was probably one of the most notorious pirates to terrorize the Caribbean Sea and the eastern coast of Britain’s North American Colonies.

This fascinating video clip by the Smithsonian Channel manages to pack a lot of information in a short timeframe and provides a lot of interesting facts about pirating in general and Blackbeard’s legendary pirate ship specifically. For instance, pirate ships in the 18th century were not always the imposing sea vessels that became engrained in the collective imagination of readers and moviegoers, but very often were smaller ships called sloops. Nonetheless, as a pirate became more established, he was also more likely to start operating from larger armed vessels. This was the case of the infamous Blackbeard, who got hold of the French slave ship La Concorde and turned it into the legendary pirate ship Queen Anne’s Revenge.  Under Blackbeard’s command, the ship underwent several modifications that increased deck space, amped up the number canons from 16 to 40 and became a terrifying sight to behold.  However, the dominance of the Queen Anne’s Revenge was soon snuffed out as the ship sank only six months after being taken over by Blackbeard.

What can we say, no rest for the wicked, aye matey?