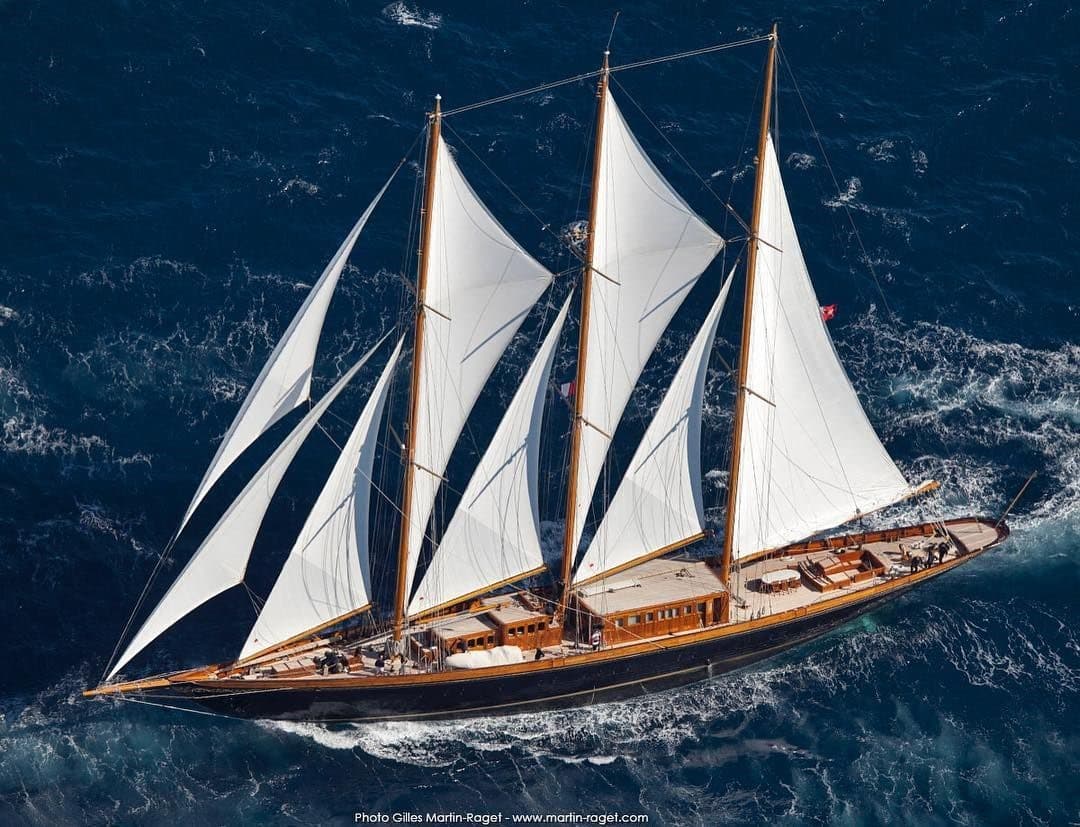 Creole the most beautiful boat of its time

In 1926 the American millionaire Alexander Smith Cochran, decided to build the world ‘s most beautiful boat with the idea of having a fast sailboat with minimum crew possible. Camper & Nicholson build an avant-garde wooden vessel capable of sailing like a silhouette on the sea.

The tycoon Cochran was awed by the size of the ship and asked to reduce the height and span. Launched as Vira in 1927, the yacht went sailing through the Mediterranean but without having the original configuration the boat was very heavy and reacted badly to the waves.

Under the ownership of Major Maurice Pope, a Royal Yacht Squadron member, she acquired her legendary name Créole. The yacht was restored in 1937 according to the original design of Nicholson and participated in many regattas. Later with the Second World War in 1939, after being used as a mine hunter, it was abandoned. In 1947, Créole was recovered by the Greek shipbuilder Stavros Niarchos and brought to Germany to restore it. He made changes again, enlarging the living room and decorating it with murals by Dalí, providing it with special air conditioning with works by Cezanne, Renoir, Van Gogh, and Degas. 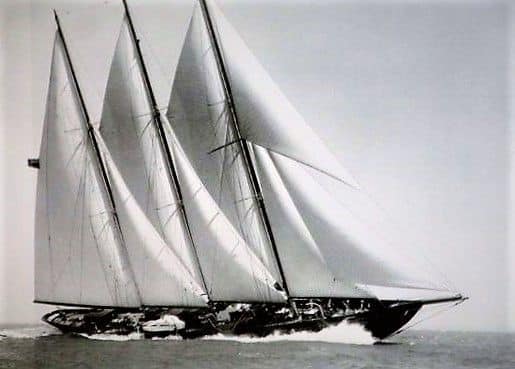 Niarchos was a meticulous man and wanted the crew to sail with the ship to perfection. He spent a lot of time on board, he lived and worked there but after the death of his wife, he lost interest in the boat. In 1977 the Danish government acquired Créole for its sailing school, but after five years, the ship was ruined.

After many years of misfortune, Créole found a happy ending when it was acquired by Maurizio Gucci in 1983, who was very interested in the history of the sailboat, restored it and modernized it, respecting the past. The restoration was a success and the current global installation of the ship is beautiful. The main deck shows several roofs, has four luxurious cabins with luxurious built-in bathroom, a living room, a main interior dining room, and others on deck, kitchen, bathrooms, and cabins for a crew of 23 sailors, plus captain and cooks.

Créole is a floating wonder on the sea, a boat made entirely of wood, unique in its genre able to taim the sea and the wind with its three impressive masts that can deploy about a thousand meters of sail. Everything is done by hand and in an artisan way, so the 23 crew members need an hour and a half to deploy all the sails.

Allegra Gucci, its current owner, has inherited from her father Maurizio the love for the sea, the sailing and the care and attention for this majestic sailboat that keeps all its original sailing equipment, tools and accessories and is in an impeccable state, which makes an authentic delight to sail or enjoy a meal aboard this old and extraordinary boat.

Créole offers accommodation for 11 guests in 5 cabins consisting of a master stateroom with a queen size bed and bathroom facilities including a shower and lavatory. Further guest accommodation is also available in another 4 cabins. Créole can also accommodate up to 15 crew on-board to ensure a relaxed luxurious charter experience and all of the guest needs are catered for while on board.
The specifications on board the beautifully built 214 ft / 65.3 m yacht include air conditioning as well as an extensive list of amenities and toys.

While chartering, the luxury mega yacht Créole and her crew of 15 will be sure to satisfy all of your needs and make sure you enjoy your experience.