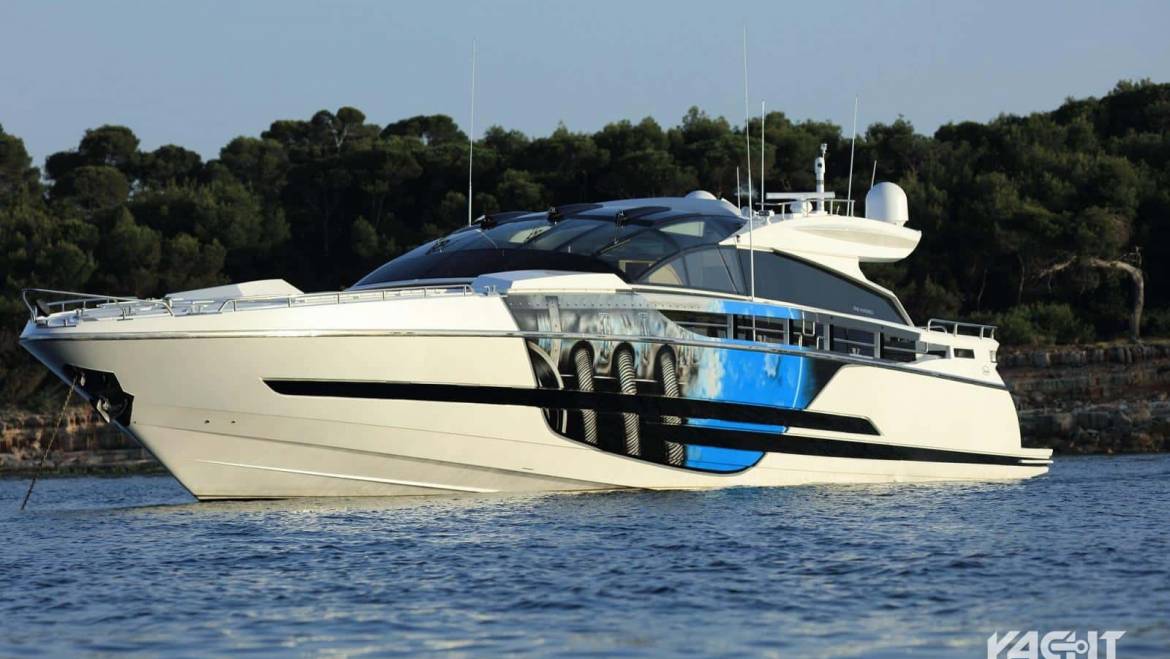 Fastest yachts in the world

When it comes to high speeds, for some reason we immediately think of aircrafts or cars. But in fact, floating equipment also shows super-speeds. When it comes to the speed of the vessel, two parameters are surely mentioned: maximum and cruising speed. These indicators are dependent on the overall dimensions of the vessel.

Book2sail‘s review, some of the fastest yachts in the world. 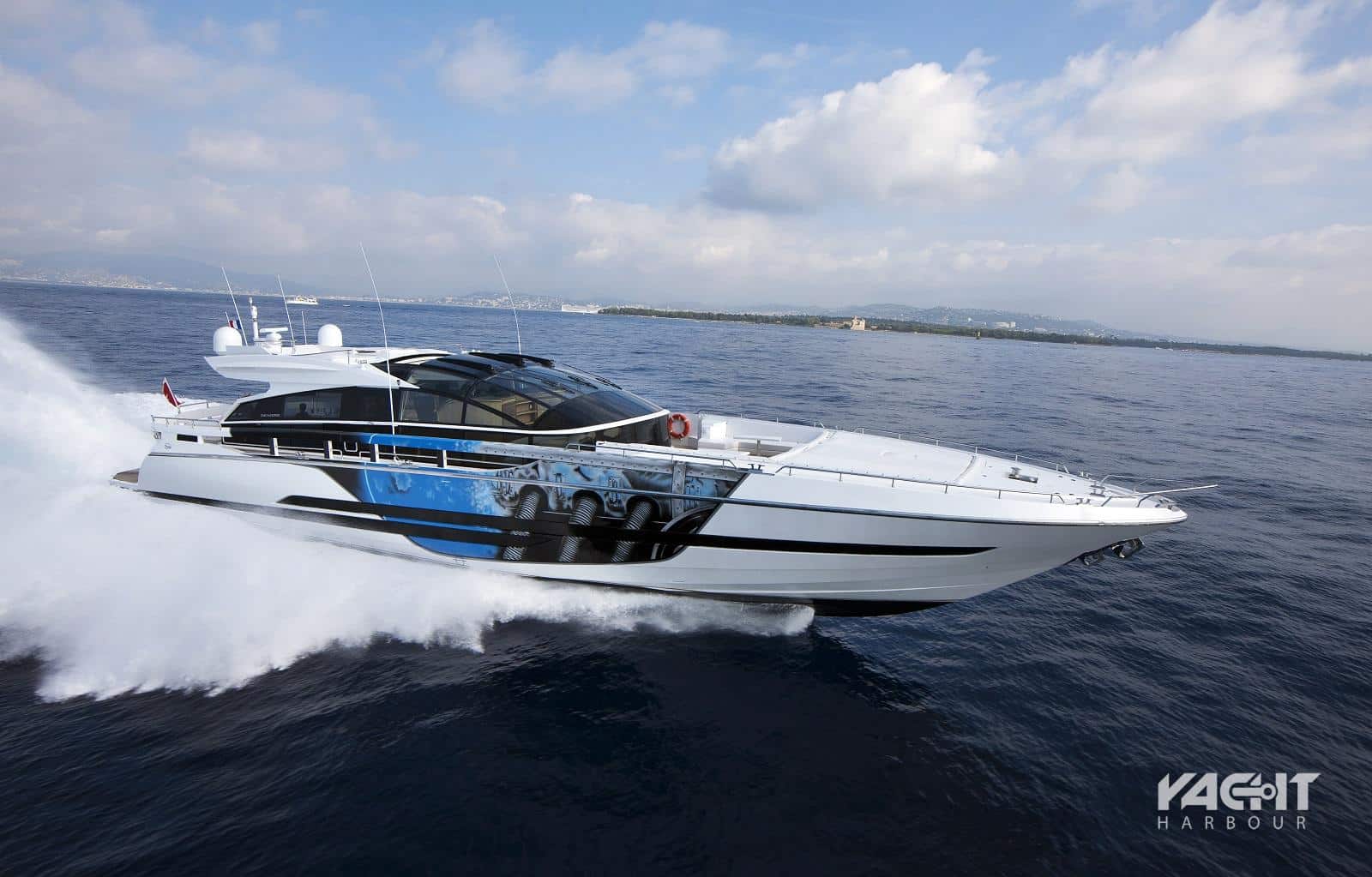 ASTRO has a cruising speed of 40 knots and a top speed of 50 knots, and it`s one of the first picks when it comes to chartering a speed yacht. Built in 2010 by Baia, Astro is a 101.71ft /31m yacht, and can accommodate ten guests, in four cabins. Carlo Galeazzi is the one behind her beautiful exterior and interior design. 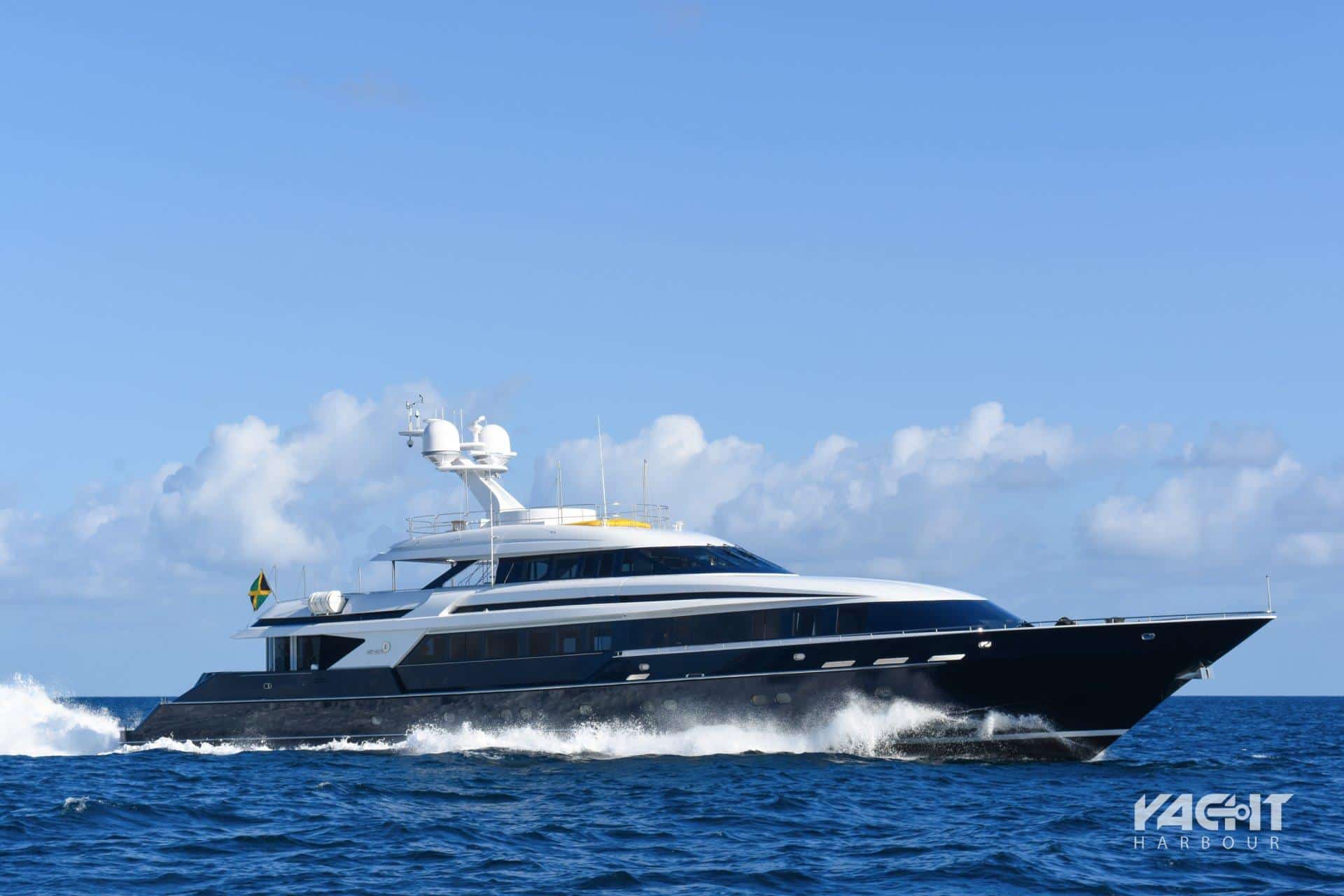 OCTOPUSSY became the fastest superyacht in the world when she first delivered in 1998, by Heesen Yachts. She has a cruising speed of 25 knots, a maximum speed of 32 knots powered by triple 3,480hp MTU engines. The exterior design of this 143ft /43.59m yacht is by Gerhard Gilgenast, interior is designed by Art Line, and can accommodate ten guests. 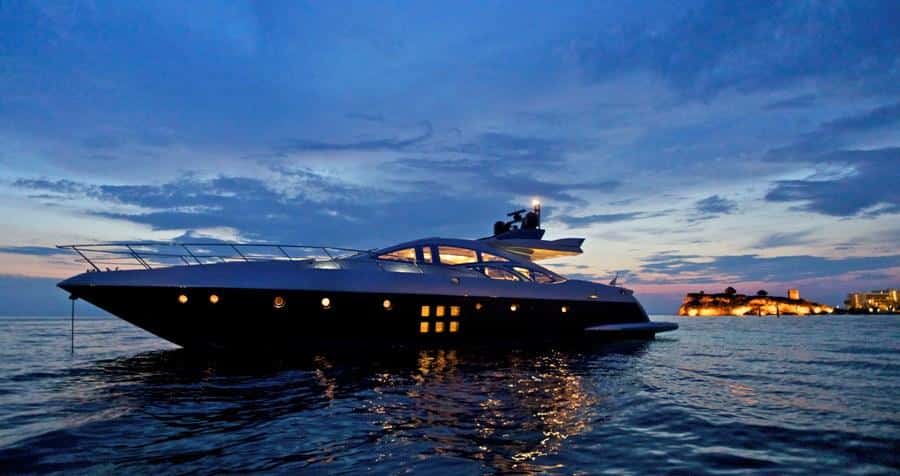 THEA MALTA is another yacht with interior designed by Carlo Galeazzi, and was built in 2008 by Azimut. The 86.94ft /26.5m metre motor yacht has a cruising speed of 40 knots and a top speed of 45 knots. She can accommodate eights guests in four cabins as well as three crew members. 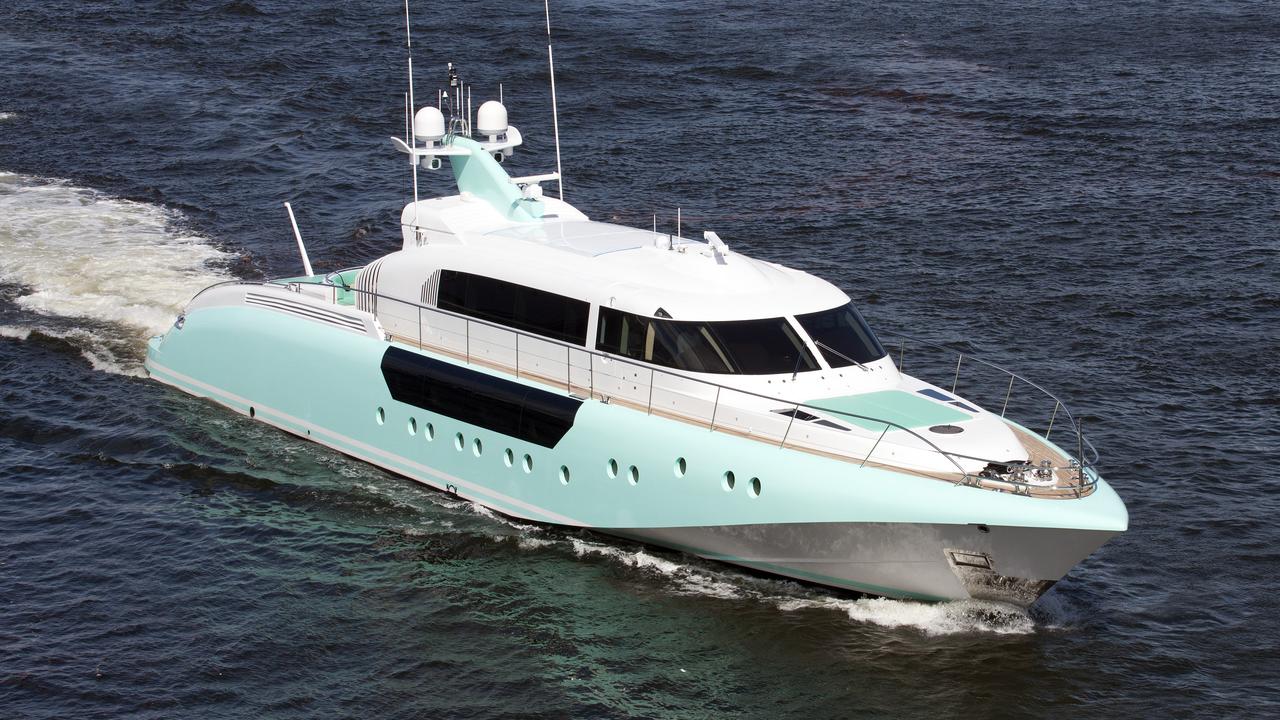 Moon Goddess is a 114.10ft/35m motor yacht, custom built in 2006 by Danish Yachts. Powered by twin MTU diesel engines, 3,698 hp each, Moon Goddess can attain a high speed of 45 knots. This luxury yacht`s refined exterior is the work of Espen Oeino, while designer Francois Zuretti is responsible for the lavish interior in the 3 cabins, that can accommodate 6 guests.

Previously named Wizard, Daloli is a 115.72ft /35.27m motor yacht, custom built by Mondo Marine, with top speed of 28 knots and cruising speed of 24 knots. Aldo Cichero is the designer of her beautiful exterior and interior design. It can accommodate 10 guests in 5 rooms, 3 double cabins and 2 twin cabins.

Why Not U is another luxury motor yacht, build in 2001 by Overmarine. Her top speed is 55.0 knots, and her power comes from two 4385.0hp Lycoming TF-40 codag engines. Designed by Stefano Righini, and Andrea Bacigalupo, her interior configuration has been created to accommodate up to 9 guests overnight in 4 cabins. 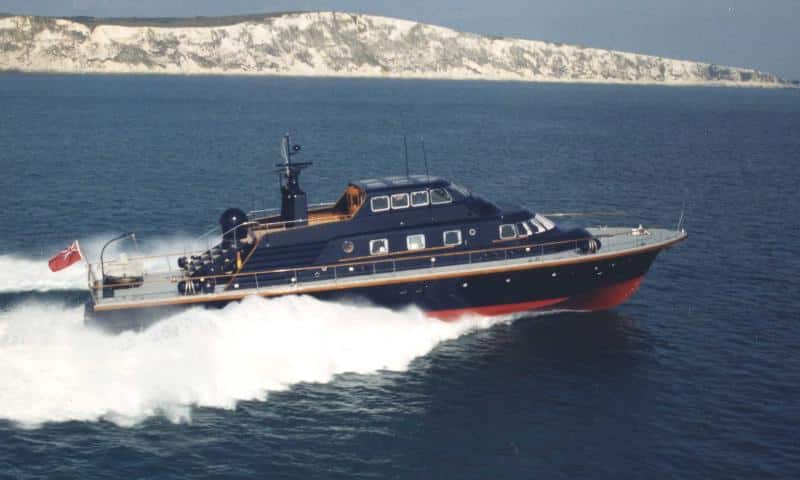 Custom motor yacht Brave Challenger, 103.02ft/31m, was built in 1960 by Vosper Thornycroft. Powered by three General Motors (6V 92 TA) 13,620hp diesel engines, Brave Challenger`s top speed is 60 knots, and comfortably cruises at an exhilarating 44 knots. Brave Challenger offers accommodation for up to ten guests and up to six crew onboard.

Custom motor yacht Gentry Eagle was built by Vosper Thornycroft, in 1988 and last refitted in 1992. Gentry Eagle`s top speed is 64 knots, and cruise speed at 45 knots. This 111.88ft/34m yacht, that can carry up to six guests and four crew in one owner cabin and one double cabin, was designed by Grant Robinson and Peter Birkett, with interior designed by Robin Rose. 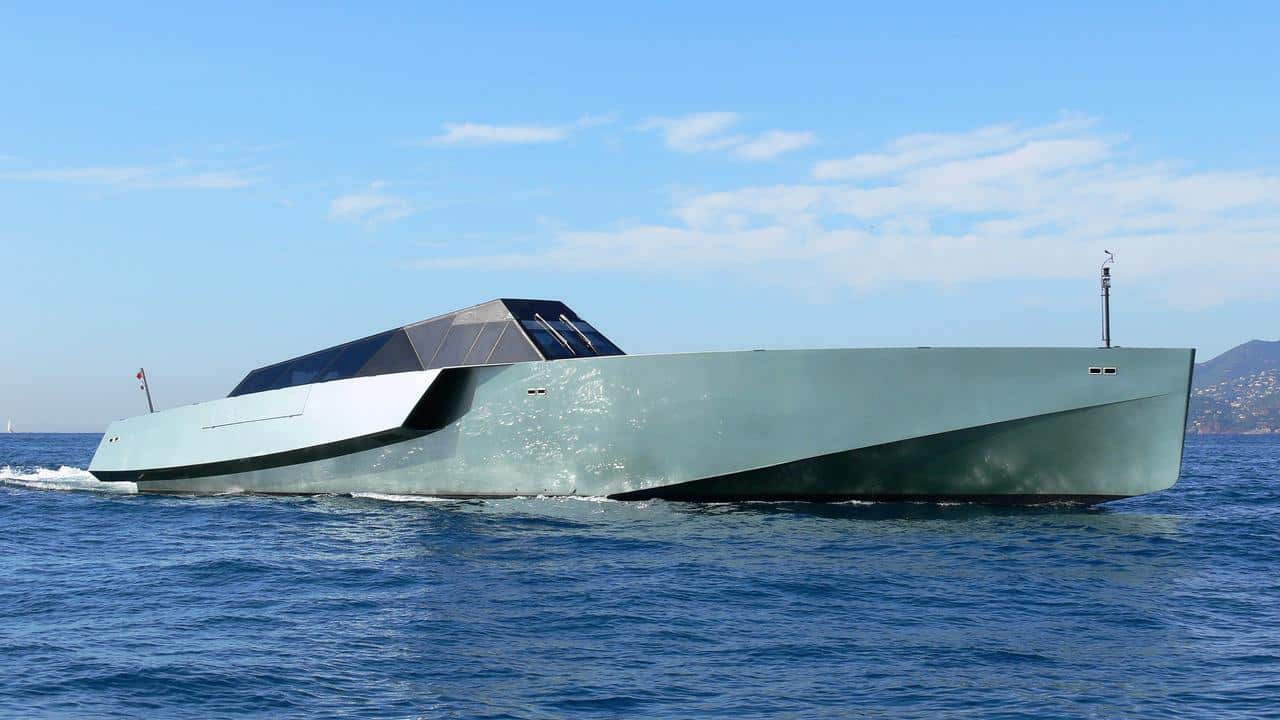 Galeocerdo is one of the most unique vessels on the water with her distinctive and striking exterior design by Lazzarini Pickering and Wally. Built in 2002 by Rodriquez Intermarine, this 118.11ft/36m custom motor yacht reaches top speed of 60.00 knots.
Galeocerdo’s interior has been designed to accommodate up to six guests, in three cabins, a master suite, and two double cabins. 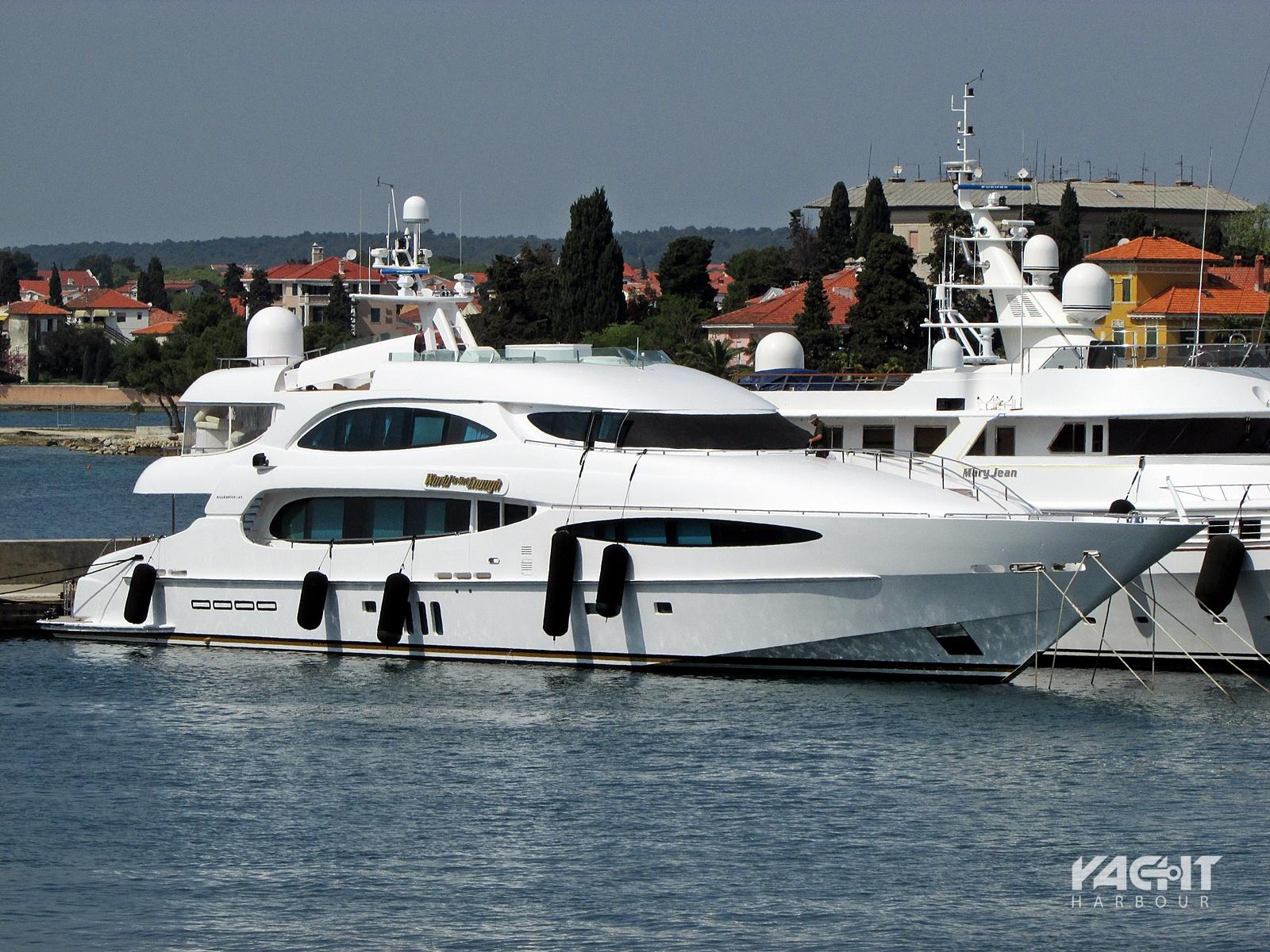 World is not enough was built by Millennium Superyachts in 2004, and last refitted in 2011. With an astonishing top speed of 70 knots powered by two 5300.0hp Paxman 18VP185 codag engines, it became the world fastest yacht. Mulder Design are the ones behind this yacht`s impressive exterior design, and Jeanette Staluppi is the designer of her luxurious interior. World is not enough is a 139.1 ft/42.40m vessel that can comfortably accommodate up to ten people and seven crew members.