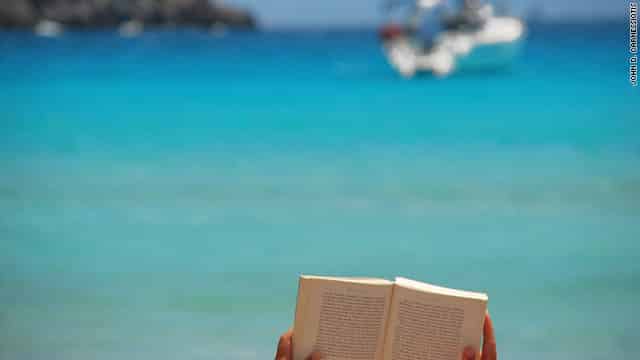 Humankind and the ocean have had a mystical bond since the dawn of time. We have used “holy” water for our ceremonies. We have used water to grow the crops that sustain our very lives. We have moved near water, built cities near water, and written about and celebrated water since primeval time.
Below you will find some of the greatest maritime novels in world literature. From classics like Moby-Dick, and HMS Ulysses, to books that will catch the attention of youngsters, like Chronicles of Narnia, and Sindbad, these are titles that are a must-read for every sailor or sea-lover.
You have heard about them, read about them. Now it`s time to read them. 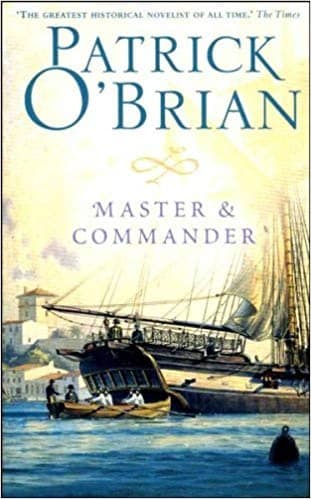 Master and Commander is the first book in a series of maritime novels that occur during the Napoleonic Wars at the turn of the nineteenth century. The friendship between the two main characters–Captain Jack Aubrey and ship’s surgeon Stephen Maturin–is a complex and satisfying theme that carries throughout the 21-novel series. There’s good action in this book, too, based on real naval battles and exploits, as well as a bit of intrigue and a good dose of humor.

Moby-Dick, or, the Whale
Herman Melville 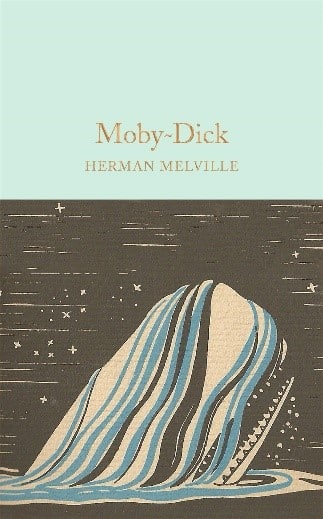 “It is the horrible texture of a fabric that should be woven of ships’ cables and hawsers. A Polar wind blows through it, and birds of prey hover over it.”

In part, Moby-Dick is the story of an eerily compelling madman pursuing an unholy war against a creature as vast and dangerous and unknowable as the sea itself. But more than just a novel of adventure, more than an encyclopedia of whaling lore and legend, the book can be seen as part of its author’s lifelong meditation on America. Written with wonderfully redemptive humor, Moby-Dick is also a profound inquiry into character, faith, and the nature of perception. 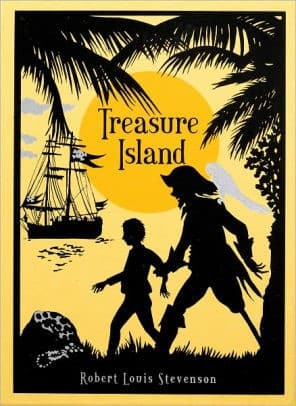 Centering around a hunt for buried treasure, Treasure Island, which explored themes of greed, family, and the true meaning of treasure, is best known for pioneering the Pirate fiction genre and introducing the iconic villain Long John Silver. In addition to the adventure genre, it is considered a classic in the coming-of-age genre due to its young lead character, the teenaged Jim Hawkins. Acclaimed and popular in its day, it spawned countless spinoffs, sequels, and adaptations. Stevenson himself followed up on one of the characters in his play Admiral Guinea, and many unauthorized prequels and sequels were written since. It has been adapted over fifty times by film and television, including such eclectic adaptations as a Muppets version and a Disney movie transplanting the story to the far-flung future. Stage productions are common as well. Treasure Island is considered a classic of UK literature and is still widely taught today in schools around the world.

The Old Man and the Sea
Ernest Hemingway 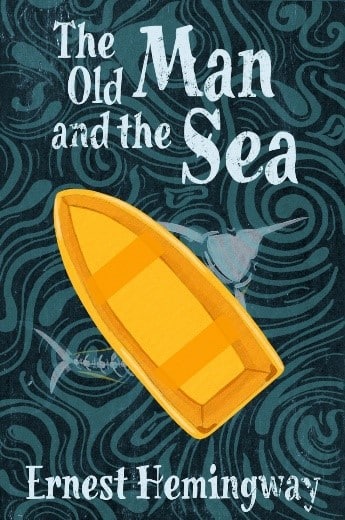 The last novel Ernest Hemingway saw published, The Old Man and the Sea has proved itself to be one of the enduring works of American fiction. It is the story of an old Cuban fisherman and his supreme ordeal: a relentless, agonizing battle with a giant marlin far out in the Gulf Stream. Using the simple, powerful language of a fable, Hemingway takes the timeless themes of courage in the face of defeat and personal triumph won from loss and transforms them into a magnificent twentieth-century classic. 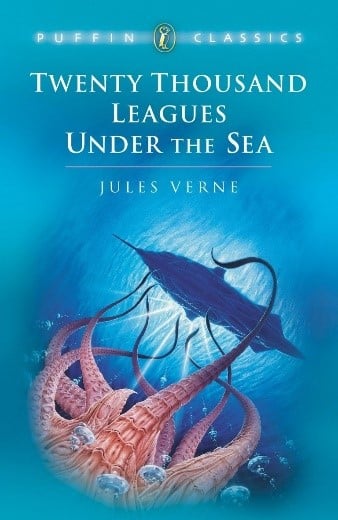 Considered one of the greatest science-fiction novels ever written, Twenty Thousand Leagues Under the Sea explores themes of culture, class, grief, and the preservation of the environment. It is considered one of the forerunners of the ecology movement and displays great respect for the life of the sea. It is also said to be in some ways a modern updating of many of the themes in Homer’s Odyssey. Wildly successful and critically acclaimed, it has remained widely read and consistently in print since its release, and is one of Verne’s most enduring novels. It has been adapted many times into film, TV, stage, and opera, with the most famous adaptation being a 1954 Disney adaptation starring Kirk Douglas. 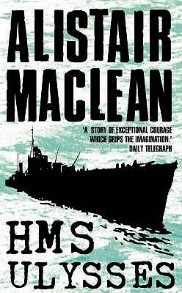 The story takes place in the backdrop of World War II and offers a barely believable and emotionally shattering picture of what used to happen in the ill-fated Russian Convoys of WWII. The beauty of the book is not in its portrayal of naval battles or assault tactics. It is in its depiction of the human elements of the war and the brilliant way Maclean builds each character, from a lowly able seaman to an admiral of the fleet. Maclean describes the sub-human conditions on those ships with a level of detail that will, frankly, torture you. This is not a happy book. Although you will find the occasional humor here and there, the book is heartbreakingly sad in many, many places. You will suffer with each member of the crew as they travel through the hell that the Russian Convoys were. You will cry with them as their beloved ones die around them, you will start praying that the sufferings of the Ulysses be over or that it has a lucky break for a change.  You will love the characters, you’ll come to know them, you’ll love them and in the end, you’ll cry for them. It’s a story that will make you sad, but it’s worth knowing because what you read is actually what happened or used to happen in the convoys in the war. 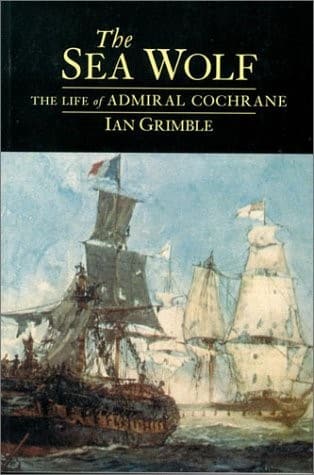 Landsman Humphrey van Weyden is taking a ferryboat in foggy San Francisco Bay when his boat collides with another craft and sinks. He’s rescued by a schooner captained by the tyrannical Wolf Larsen, who forces van Weyden to join his crew. As the schooner sails for Japan, van Weyden is forced to grapple with his own physical shortcomings and the psychological strain of his relationship with Captain Larsen. 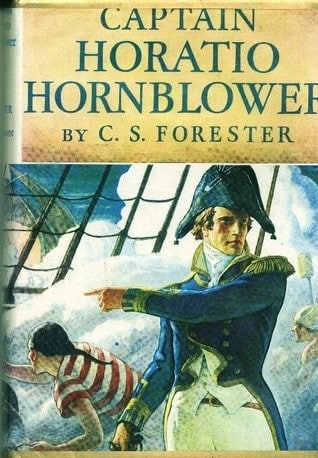 Horatio Hornblower commences his career in the Royal Navy as an inexperienced midshipman. Through a series of challenges and adventures both in and out of combat, Hornblower discovers he is actually talented in both seamanship and leadership. People initially thought Hornblower a dullard but later he becomes a man and develops the strength of character which will make him a hero to his men, and to all England.

Mutiny on the Bounty
William Bligh 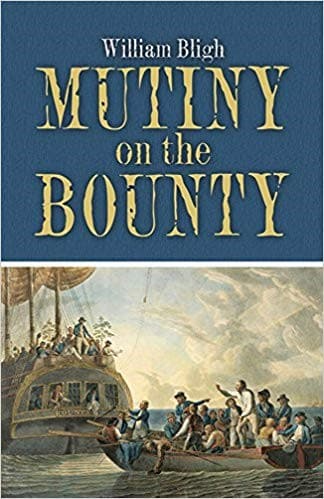 The names William Bligh, Fletcher Christian, and the Bounty have excited the popular imagination for more than two hundred years. The story of this famous mutiny has many beginnings and many endings but they all intersect on an April morning in 1789 near the island known today as Tonga. That morning, William Bligh and eighteen surly seamen were expelled from the Bounty and began what would be the greatest open-boat voyage in history, sailing some 4,000 miles to safety in Timor. The mutineers led by Fletcher Christian sailed off into a mystery that has never been entirely resolved. 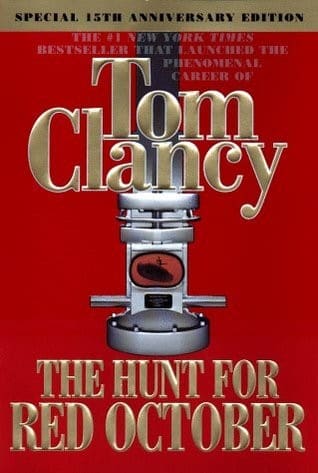 Somewhere under the Atlantic, a Soviet sub commander has just made a fateful decision. The Red October is heading west. The Americans want her. The Russians want her back. And the most incredible chase in history is on…
The Hunt for Red October remains a masterpiece of military fiction by one of the world’s most popular authors, a man whose shockingly realistic scenarios continue to hold us captivated. 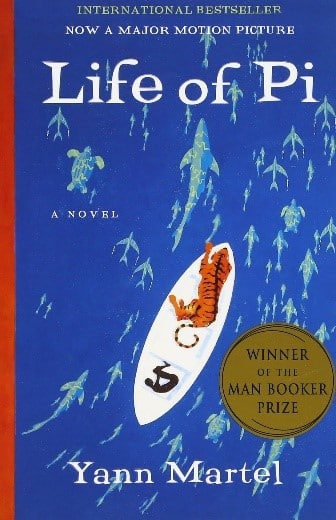 Life of Pi by novelist Yann Martel is the tale of Piscine Molitor Patel, known as Pi. Pi is an Indian boy who survives for 227 days on a lifeboat on the Pacific Ocean following a shipwreck. His is stranded with a Bengal tiger named Richard Parker. Pi has to come to terms with his spirituality, with his belief in God, and the basic human instinct for survival. The book opens with a fictional note from the author that serves as a frame to the main story. 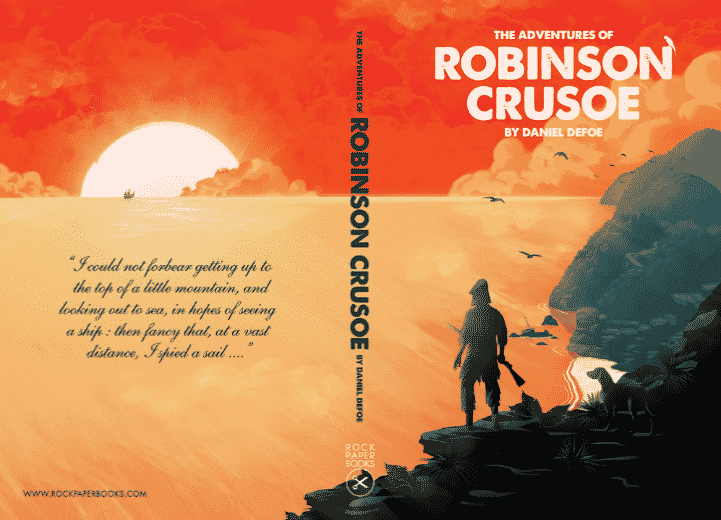 Robinson Crusoe is French writer Daniel Defoe’s debut novel, first published in 1719. Structured as a journal, the travelogue chronicles Crusoe’s experiences as a seaman and his twenty-eight years cast away on an uninhabited island near Trinidad, where Caribbean cannibals kill and eat prisoners. The novel takes a plain-spoken, confessional tone. Crusoe’s inner explorations, religious doubt, and yet strong faith in God’s providence create a character who seems to undergo many changes. 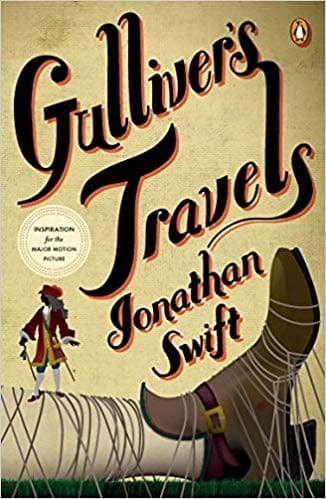 There are few great satirists who manage to judge their work so finely that it can be considered both a rip-roaring, fantastical adventure story suitable for children and adults alike, as well as a searing attack on the nature of society. In his Gulliver’s Travels, Jonathon Swift has done precisely that and has bestowed upon us one of the great works of English literature in the process. A tale recognized far more widely than it is read, the story of Gulliver- a traveler who is, in turns, a giant, a tiny figure, a king and an idiot–is both excellent fun, as well as thoughtful, witty and wise.

The Voyage of the Dawn Treader (Chronicles of Narnia)
C.S. Lewis 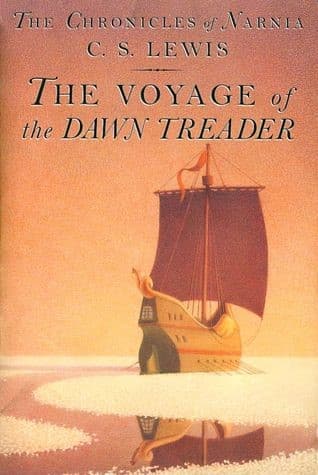 The third adventure in the Narnia series has Lucy and Edmund living with their cousin Eustace – a boring and traditional soul who doesn’t believe in stories or magic – in London while Peter and Susan are away at school.
One day while passing a painting of a ship, the picture comes to life and the three are sucked into it and find themselves aboard the Dawn Treader, reunited with the now King Caspian who is in search of the seven lost Lords of Narnia who were sent away by his evil uncle Miraz.
The great thing about this story is that there is no apocalyptic event that threatens the existence of Narnia but rather a simple rescue mission and an adventure on the sea that has mermaids, dragons, lost treasure, and pirates, the invisible and loveable Dufflepuds, Coriaken and Reepicheep as main characters.

Sindbad the Sailor and Other Tales from the Arabian Nights
Anonymous 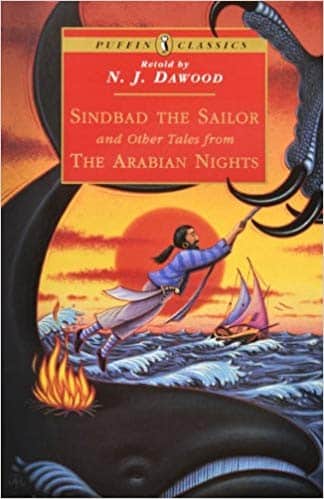 The stories of Sindbad’s travails, which were a relatively late addition to The Thousand and One Nights, were based on the experiences of merchants from Basra (Iraq) trading under great risk with the East Indies and China, probably in the early ʿAbbāsid period (750–c. 850). A strong infusion of the miraculous in the stories has exaggerated the dangers encountered.
In the frame story, Sindbad is marooned or shipwrecked after he sets sail from Basra with merchandise. He is able to survive the terrible dangers he encounters by a combination of resourcefulness and luck and returns home with a fortune. Sindbad’s movement from prosperity to loss, experienced during a voyage filled with adventure, and back to prosperity, achieved when he returns home, is repeated in the structure of each tale.