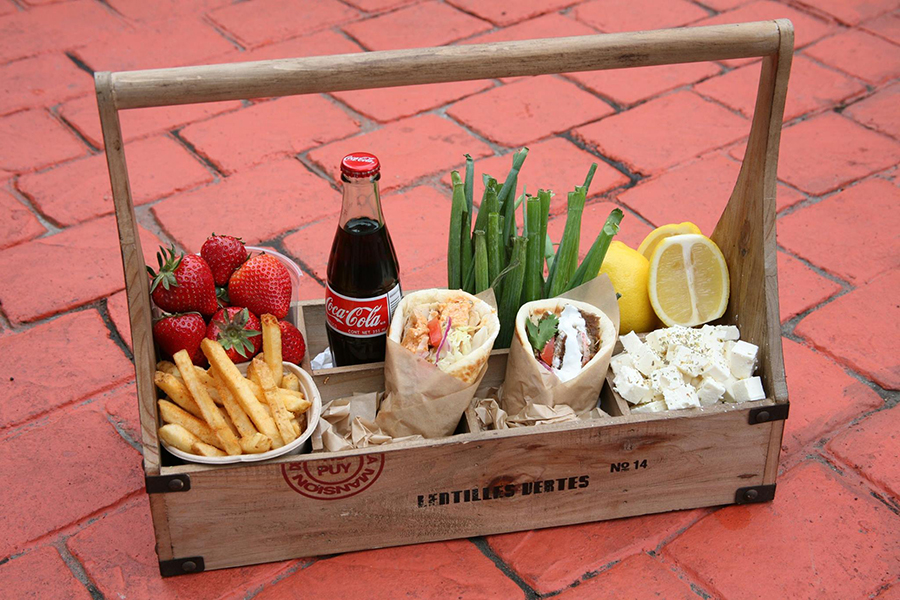 Food-related memories are probably some of our favorite memories (along with sailing memories, of course) and most of the time it’s the memory of simple food that remains with us for a long time: that delicious slice of pizza from the unpretentious corner shop or the unforgettable ice cream on that nearly deserted beach.

Here are our top 5 Greek meals or snacks that are best enjoyed on a seafront bench, while exploring narrow winding streets, or after one too many drinks. 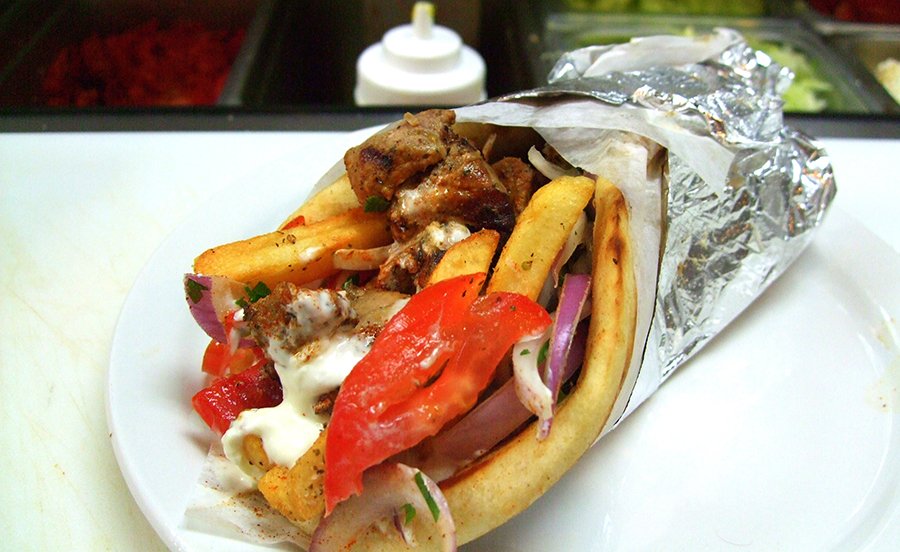 We’ve professed our love for souvlaki before but we love it so much that we just have to mention it again. Souvlaki is quintessential Greek fast-food and it is basically a meat skewer (most probably chicken, pork, beef or lamb) that has been grilled to perfection and then served with pita bread, salad, sauces and fried potatoes. There are souvlaki shops just about everywhere you go in Greece which makes it very easy to have a quick, cheap but tasty meal. 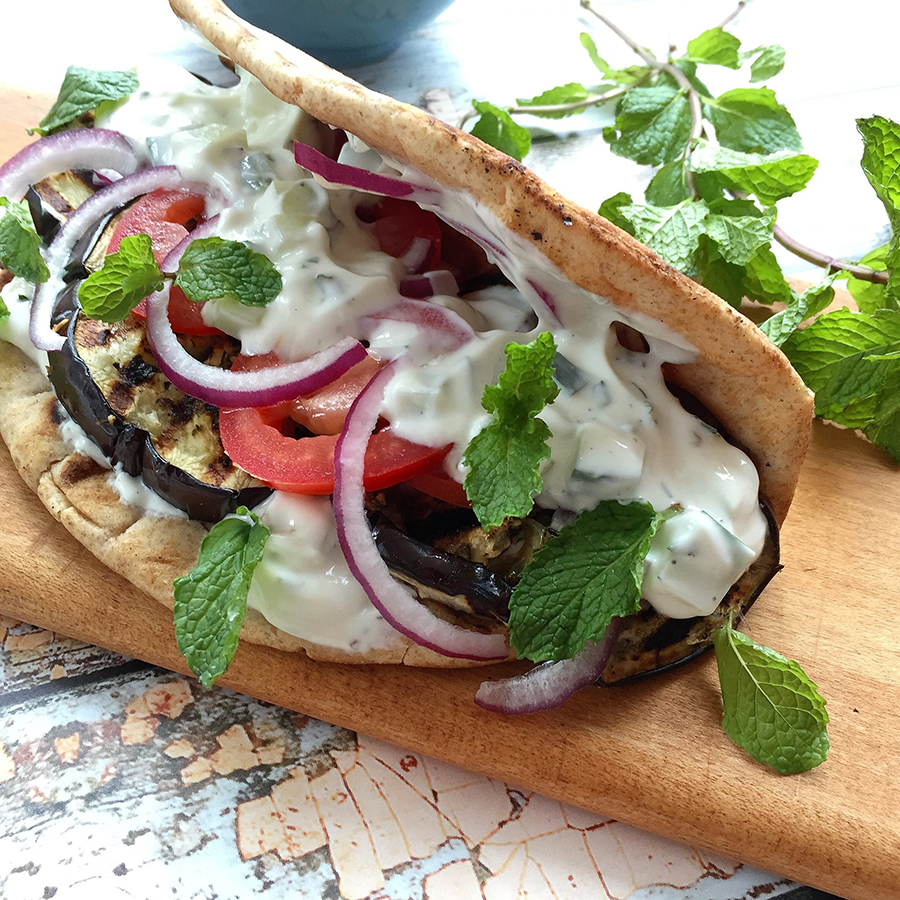 Gyros is very similar to souvlaki in terms of appearance and taste and one would be forgiven for mixing the two up. The key difference, however, lies in the fact that the meat in gyros would have been cooked on a revolving vertical rotisserie and not on individual skewers. 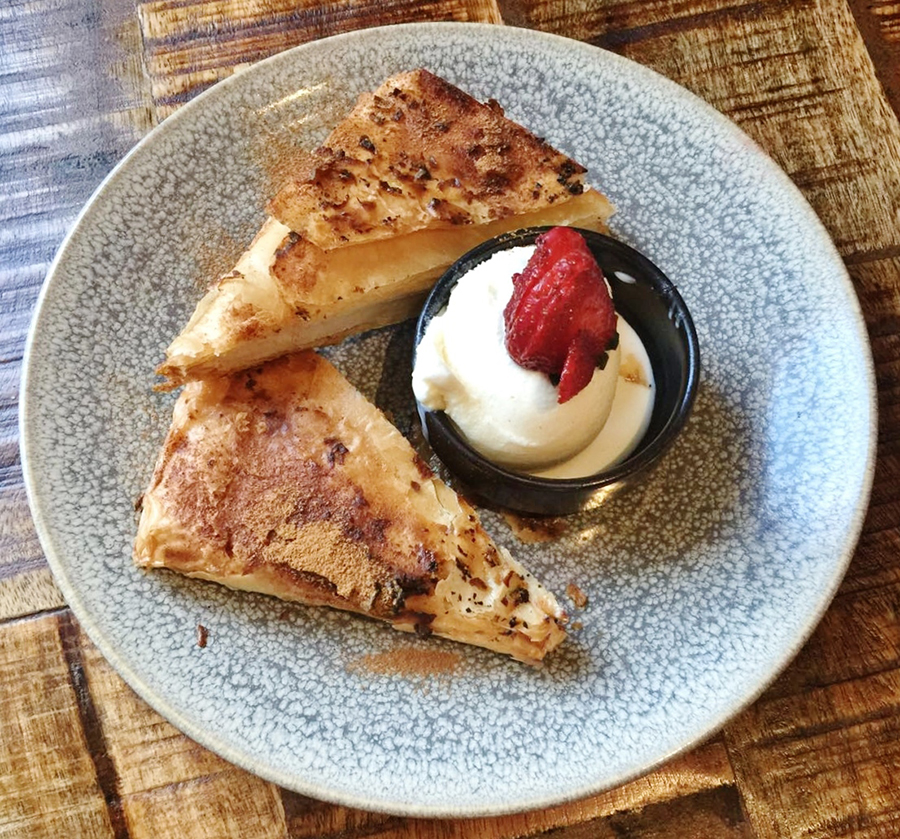 If you’re in the mood for a sweet breakfast, then you really have to try bougasta. Bougasta is composed of layers of phyllo pastry sandwiched together with a thick layer of semolina cream custard. This little slice of deliciousness is a very popular breakfast item and so it is possible to find freshly baked bougasta every morning in Greek bakeries alongside bread and the such. 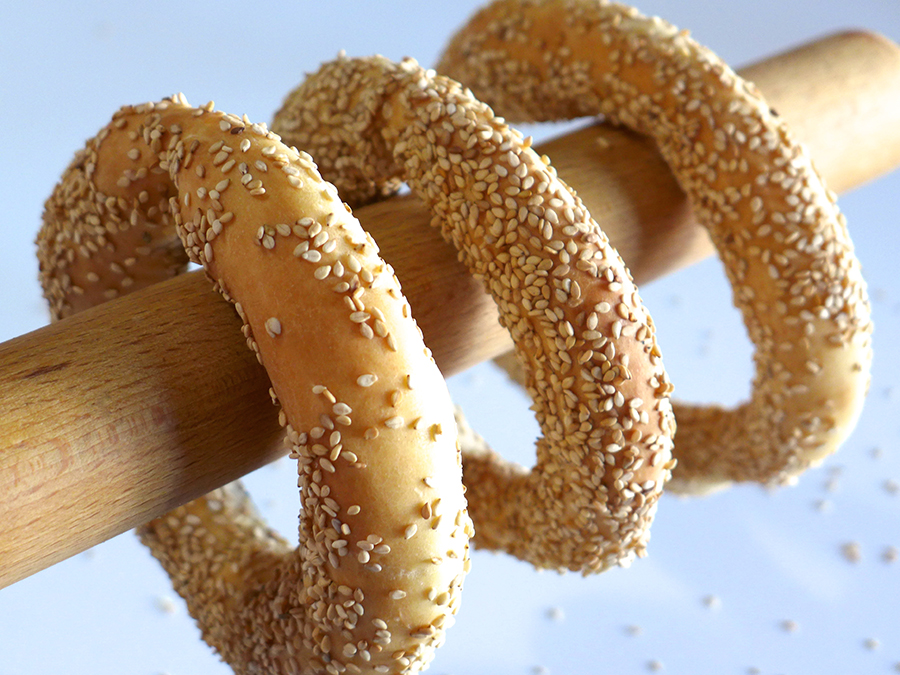 Koulouri is probably the most inexpensive Greek street food staple and is essentially a bread ring that has been covered abundantly with toasted sesame seeds (the Greek equivalent of a pretzel, if you will).  You can find many streets stands selling koulouri for as little as 60 euro cents and so it’s the perfect thing to munch on if you feel the need for a snack while site seeing. 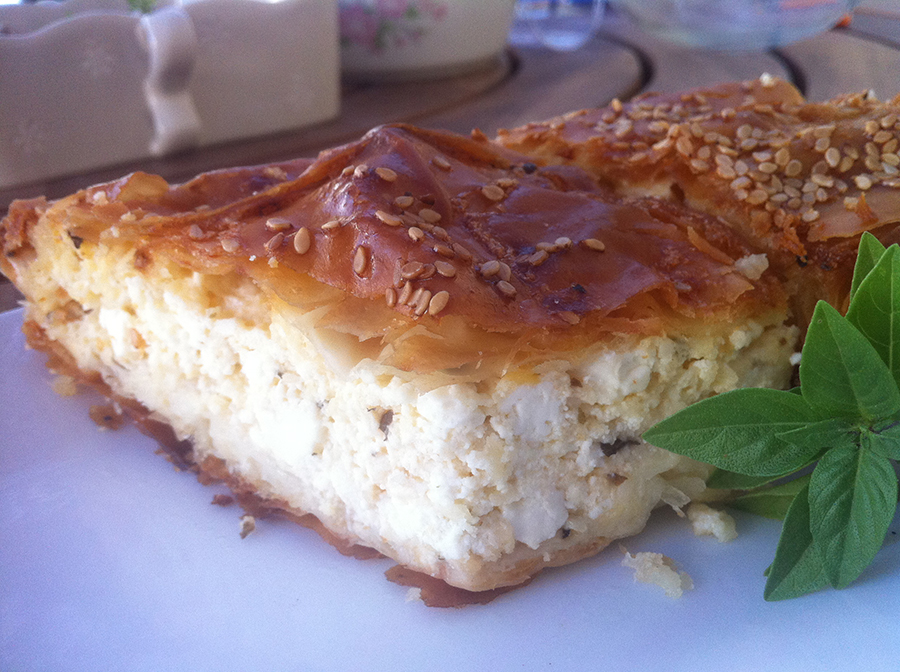 Tiropita is a savory pie that is made with phyllo pastry and a cheese-egg mixture in the middle. Similarly to bougasta, this pie is also baked daily by many Greek bakeries along with a large range of other savory pies ranging from spinach to meat. We think that it’s the perfect quick lunch on-the-go.