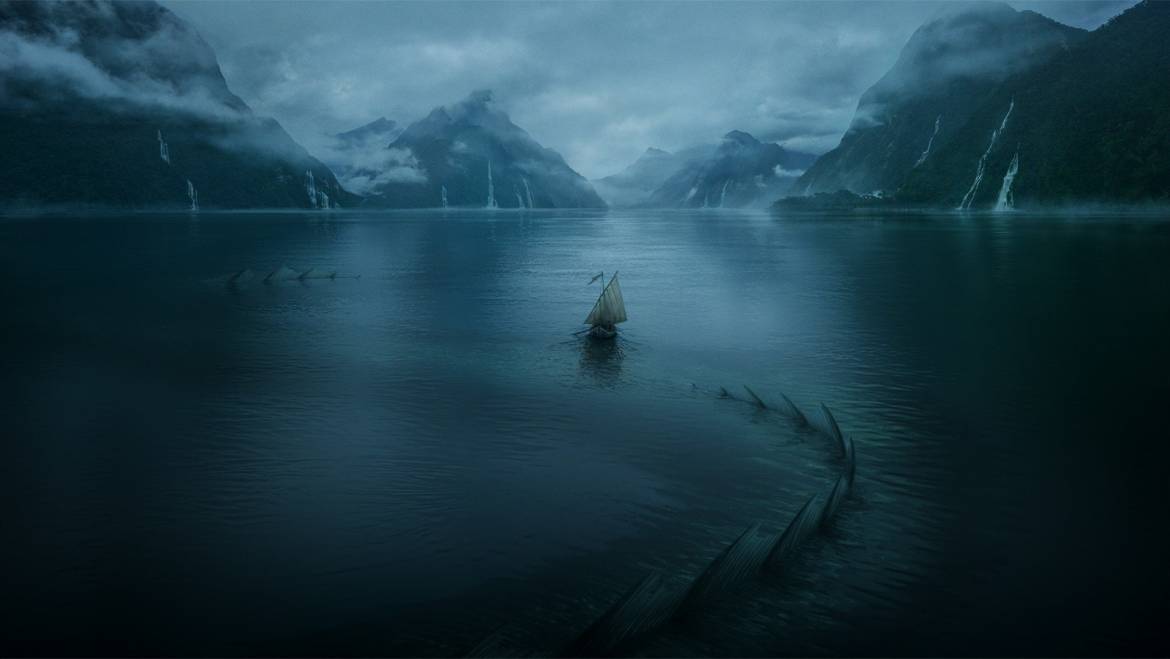 The ocean depths have long been famous for their bizarre inhabitants, inducing indescribable horror on the ancients. Living on the planet at different times, terrible creatures of the oceans and seas overgrown with myths and legends. 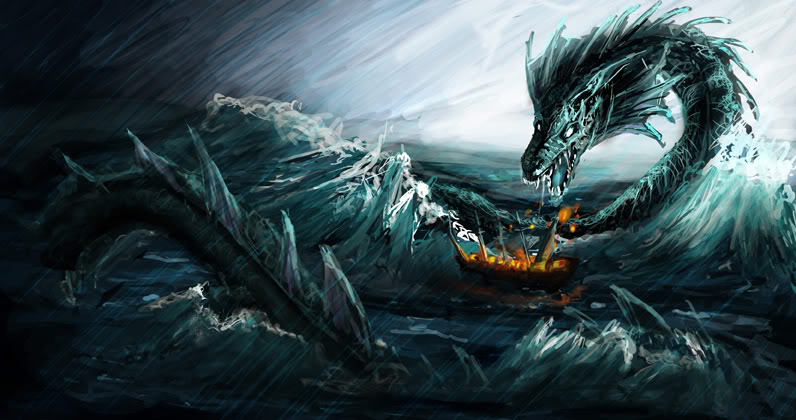 One of the most famous prehistoric monsters is the sea serpent Leviathan, whose early mention can be found even in the Old Testament. The name of this inhabitant of the depths of the sea is translated as “fish twisted into a spiral.”

According to the psalms of David, Leviathan is a giant monster with a powerful neck, terrible double jaws, sharp teeth, and red eyes. The body of this mythical creature is covered inscales and steam cascades from the nostrils. Rising above the waves from the ocean depths, Leviathan fascinated sailors with its unusual beauty and terrifying outlines.

The sea snake was first mentioned in the Ancient East. In those days, sailors, returning from long journeys, told scary stories about a huge monster, the size only limited to one’s imagination. It was rumored that with one move this monster could turn a whole ship into pieces, so it was simply impossible to survive there. 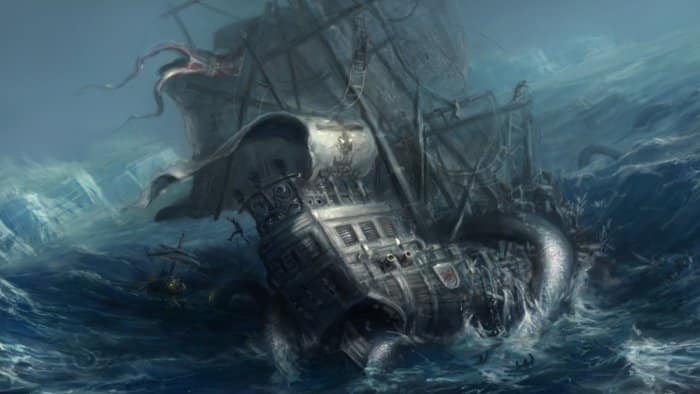 The giant octopus Kraken, who lived off the coast of Norway and Iceland, is also one of the most terrible creatures of the oceans and seas. The size of the Scandinavian monster, fanned by terrible legends, is amazing. A 17th-century Danish naturalist compared the Kraken with an island. Because of its gigantic size, seafarers often took it for a piece of land, towering in the middle of the ocean. This mistake became fatal for many.

The ancient sailors feared huge tentacles that rose above the surface of the water, that entangled the masts of ships, fiercely dragging them to the bottom. And eyewitnesses even claimed that the Kraken could create dangerous whirlpools, into which everyone who was not lucky enough to be out of the way of this gigantic monster, would be drawn. Even large warships weren’t safe from it. Disputes about the existence of a giant squid have not subsided to our time. Cryptozoologists studying the mysterious inhabitants of the ocean depths claim that such monsters were seen in the area of the mystical Bermuda triangle. In their opinion, it is the gigantic Kraken that is the main cause of the mysterious events associated with this area. 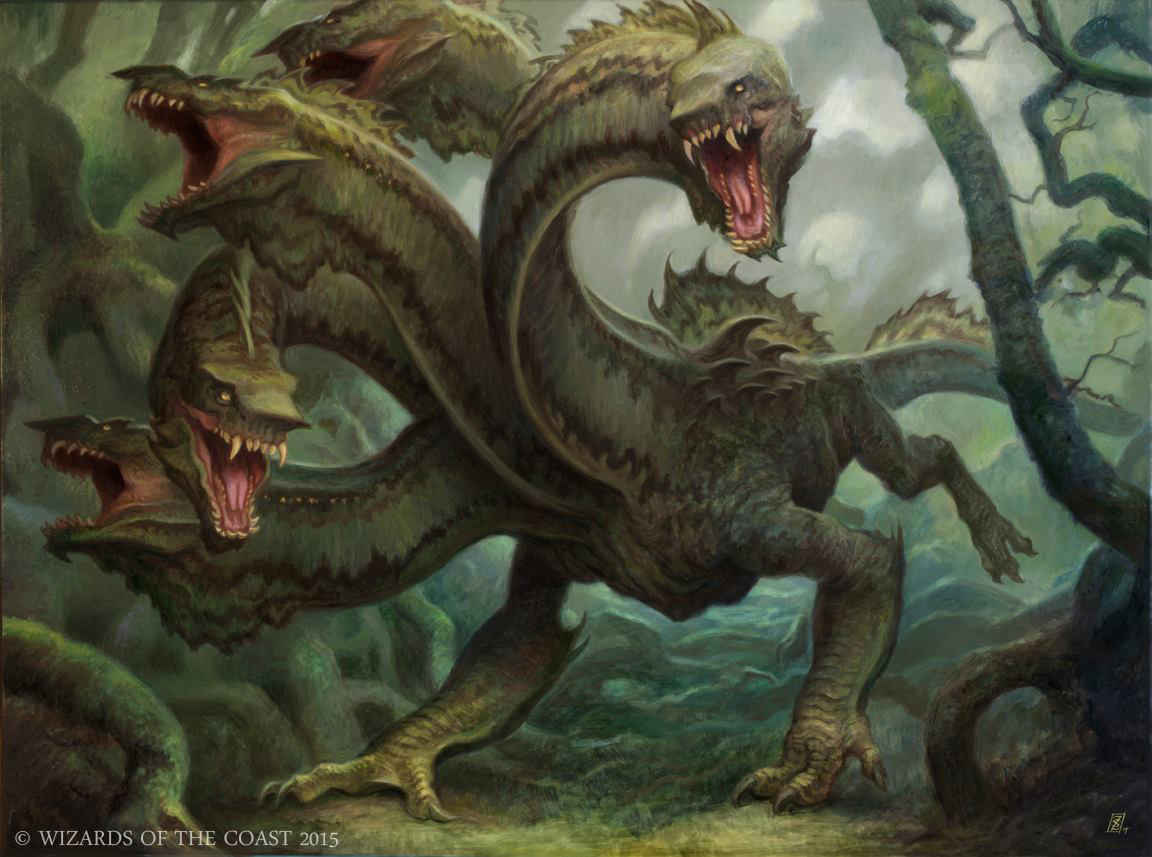 The Lernaean Hydra, whose name means “water”, is also one of the monsters of the ocean. There were many different legends about this mythical creature, child of ancient Greek gods Echidna and Typhon. For example, Hesiod, who mentioned the hydra in his Theogony, describes it as a huge animal with a long tail and six heads. It is impossible to kill it, because when one chops off one of the many heads, as a second one immediately appears in its place.

Despite the horrific appearance and seeming immortality, the hydra was defeated. The legend tells that one of Hercules’ nephews understood how to defeat this terrible monster. The young man noticed that if the severed heads of the hydra were cauterized by fire, new ones in their place no longer appear. In such a simple way one of the most famous sea monsters was gone. 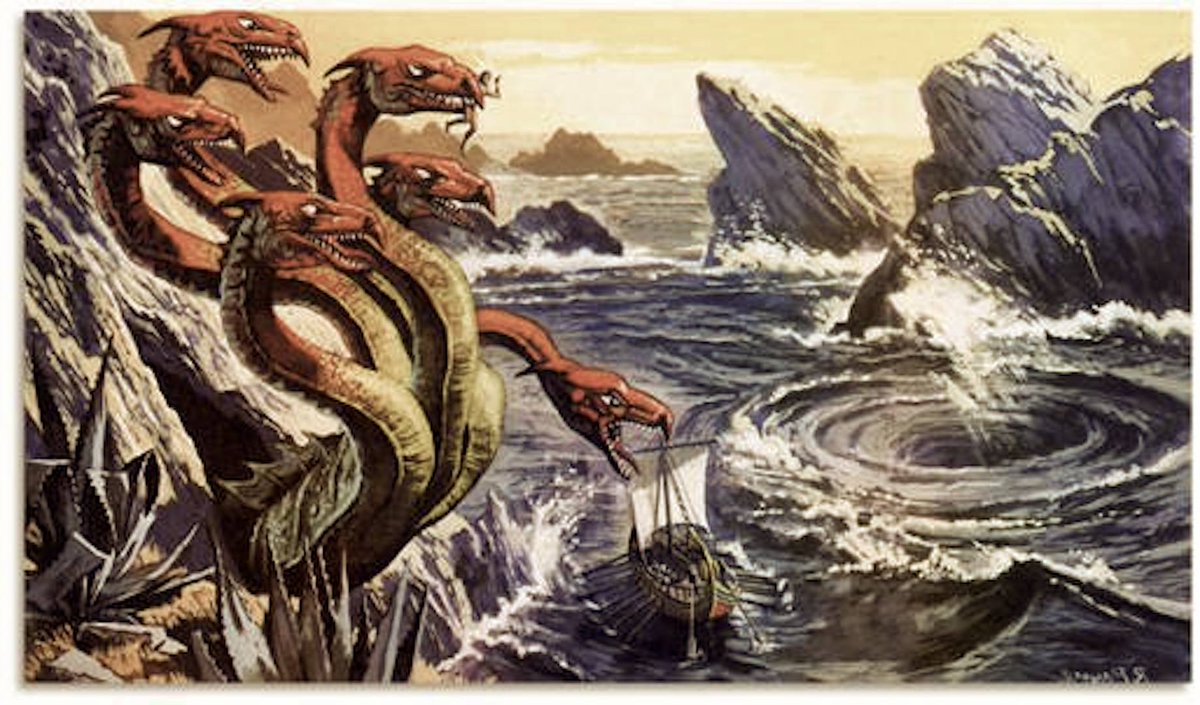 Not all prehistoric creatures living on the ocean floor were scary from the cradle. This deep sea creature was born a beautiful nymph. Scylla was the daughter of Hecate, the ancient Greek goddess. Being a rather proud and unapproachable girl, she rejected all her fans, including the god Glaucus. The master of the sea turned for advice to the evil sorceress Circe. But the enamored sorceress took revenge on both of them, turning Scylla into a monster. The former beauty has turned into a terrible six-headed dog with 12 legs and teeth in 3 rows, trapping sailors on a rock in the Sicilian Gulf.

The hippocampus is an animal with a horse’s body, a snake or fishlike tail, and webbed feet instead of front hoofs. The body of the “water horse”, namely the name of this strange inhabitant of the sea depths, is covered by variegated scales.

There are water horses in the poetry of Homer, who calls them one of the symbols of Poseidon. In mosaic art, Hippocampus was present in the form of a hybrid animal with appendages and a green scaly mane. 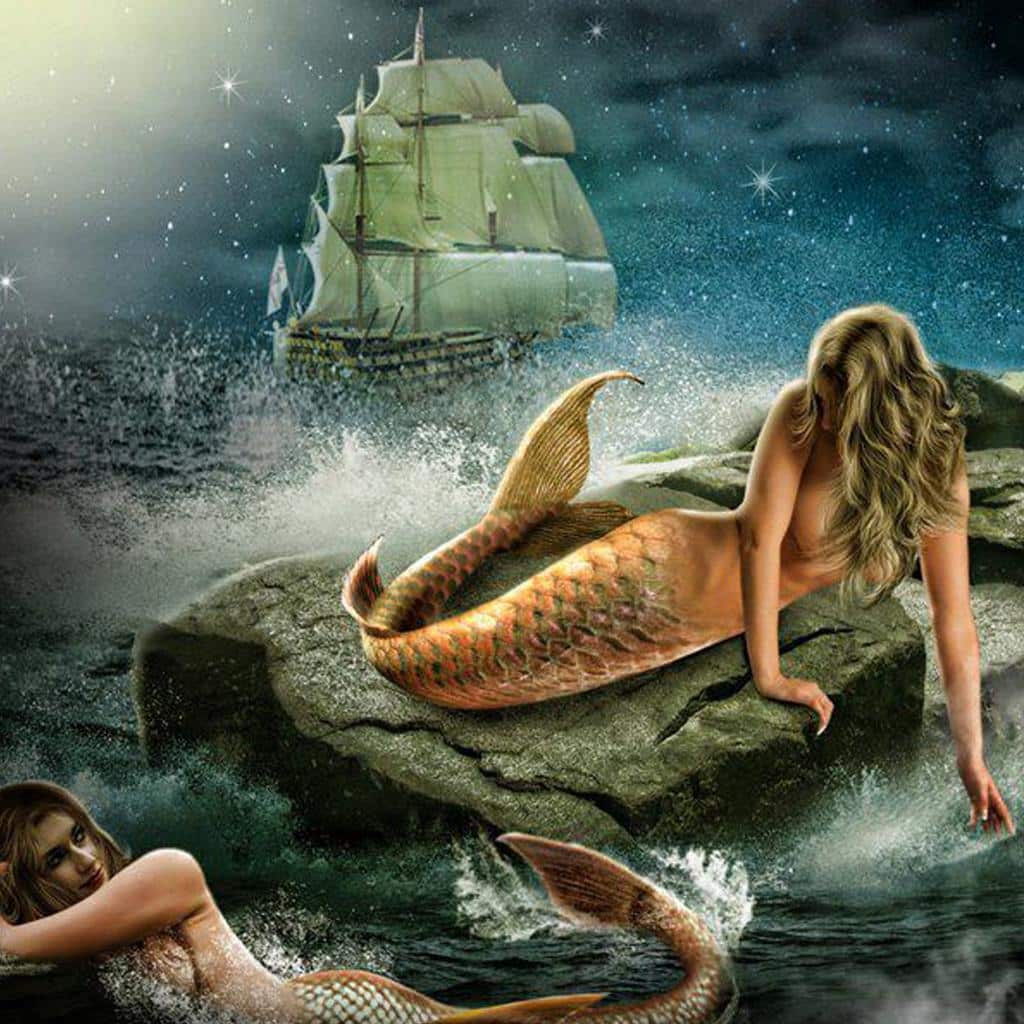 Since ancient times, sailors crossing the world’s oceans have reported seeing mermaids, beautiful fish-maidens with long flowing hair and incredible powers of seduction. These magnificent creatures are described as irresistibly attractive with the torso and head of a young woman and the lower body of a fish.

The first mermaid stories date back at least 3,000 years, and reports were still common up until the discovery of the New World by Europeans. Such tales sometimes describe mermaids as helpful, saving sailors who had the misfortune to fall overboard. Others convey a more menacing intention on the part of the fish-ladies, such as their fondness for making ships crash onto rocky shores. Still, others describe these fin-tailed beauties as murderous beasts that seduce men with beautiful songs and then kill them mercilessly for the sheer joy of it.

Whatever may be the story behind these myths and legends, some of these monsters are as horrid today as they were the day they were created. In the end, the deeps can be as deadly as they are alluring.