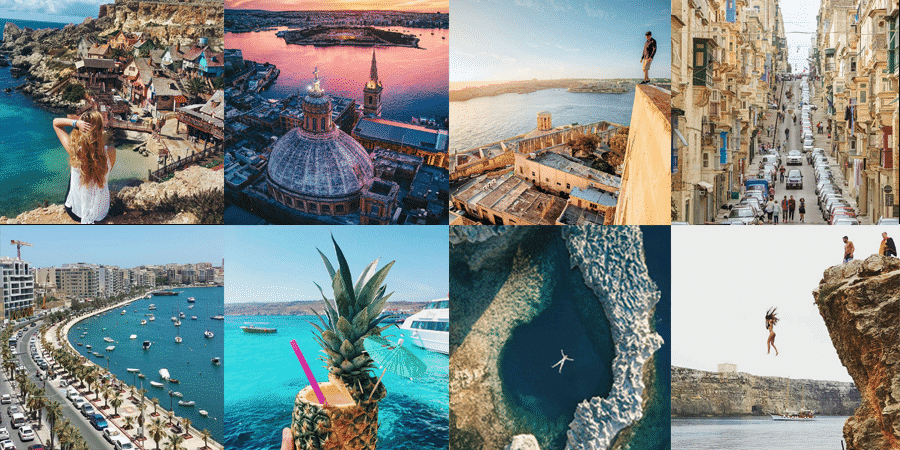 Our Book2Sail team is a diverse bunch hailing from different countries, but our offices are based in Malta. For the uninitiated: Malta is one of the smallest countries in the world and a little island right in the middle of the Mediterranean Sea (hence why it’s affectionately known as ‘The Rock’), its Grand Harbour is one of the world’s most beautiful natural harbours and it is home to some of the most picturesque yacht marinas on the continent.

It’s safe to say that our team is smitten by Malta. But, this is not only because Malta is the perfect sailing, sea and sun destination or because it is very photogenic. It’s probably because its big personality belies its small size and its charm is magnetic. We could easily upload a million brochure-like images to show you what a beautiful island Malta is, but instead, we’re going to introduce you to our favorite Malta-based Instagram profiles since they encapsulate perfectly what we like the most about the island. 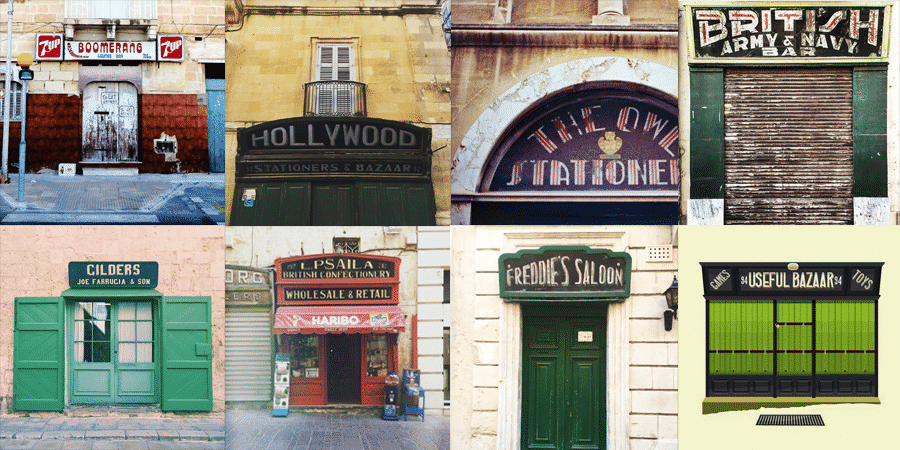 A stroll through Valletta or old village cores would not be complete without oohs and ahhs over the old shop signs that still adorn the streets. Some of them are painted mid-century beauties while other may display 70s style fonts at their best, but all of them are a nostalgic reminder of a time gone-by. This Instagram profile is a great collection of gorgeous signs that are to be found in Malta.

The People of Malta 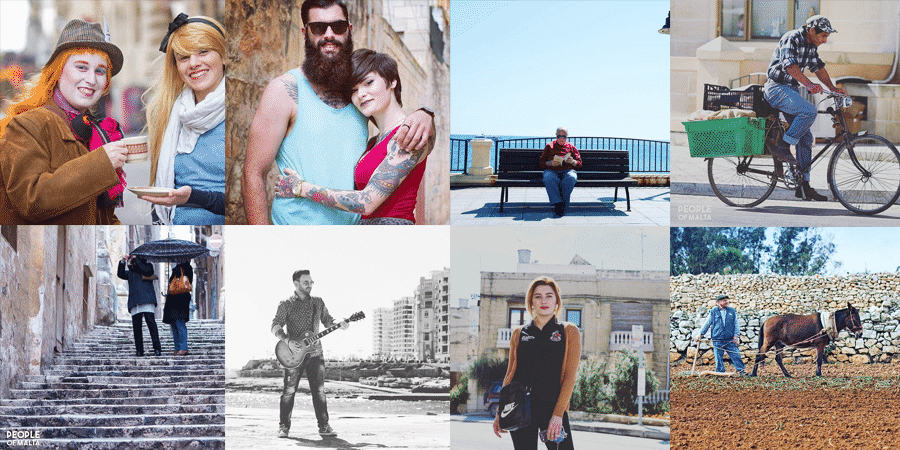 Cute grandparents, a family-owned record shop that has been open for over 130 years, taking crusty Maltese loaves out of the oven. These are only a few the life snippets that this heart-warming Instagram profile has managed to capture. This is probably the closest you’ll get to appreciating Maltese people, without visiting the island.

Of course, we had to include the most popular Instagram profile that shows off Malta in all its splendor. We could say a lot of things about this collection of images, but frankly, these photos speak for themselves. 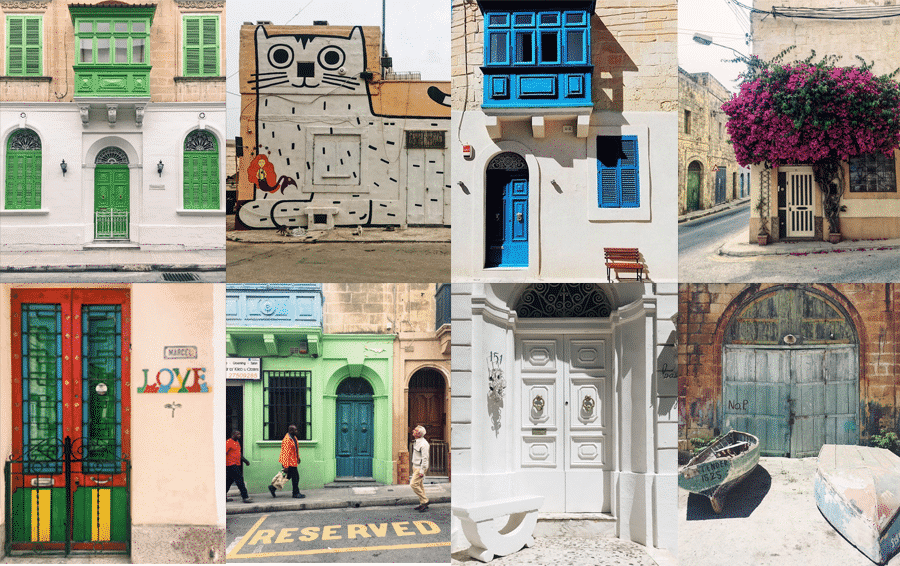 The traditional Maltese door is a national icon in its own right, instantly recognizable by residents and foreigners alike. However, no two Maltese doors look exactly the same and it is incredible to find such a large variety of beautiful (and sometimes quirky) doors in such a small country. This Instagram profile is not only a feast for the eyes but probably also the most comprehensive digital collection of Maltese doors. 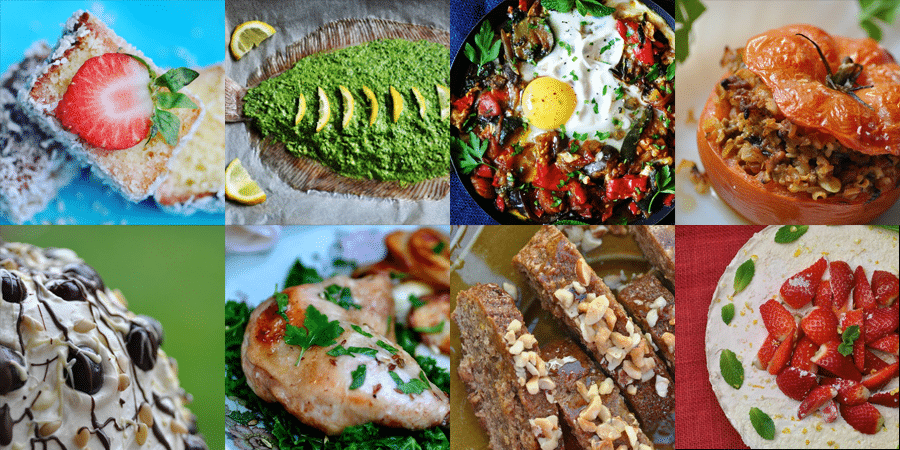 Maltese cuisine is a melting pot of the different cultures that have influenced the island over the years and it’s truly scrumptious in its simplicity. This Instagram profile is basically our definition of [foodie] heaven with photo upon photo of delicious Maltese food. 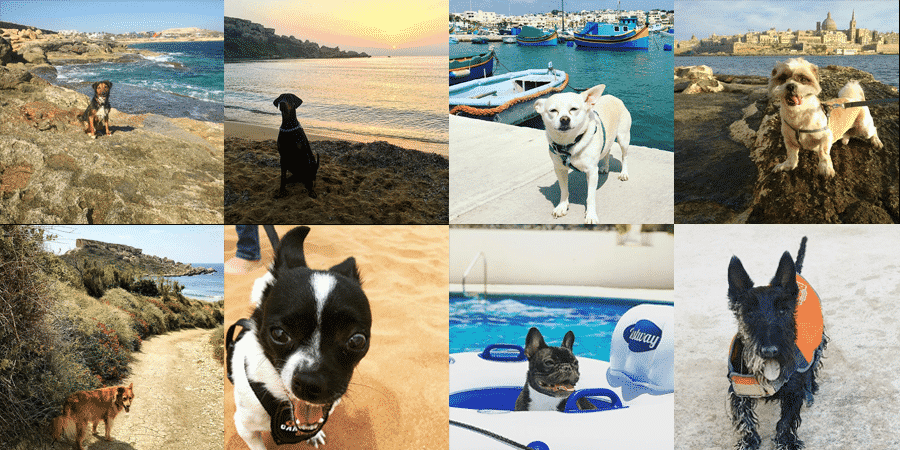 We could not leave out man’s best friend! This is a smile-inducing Instagram profile that is full of cute dogs living in Malta…proceed only if you would like a shot of happiness to come your way!