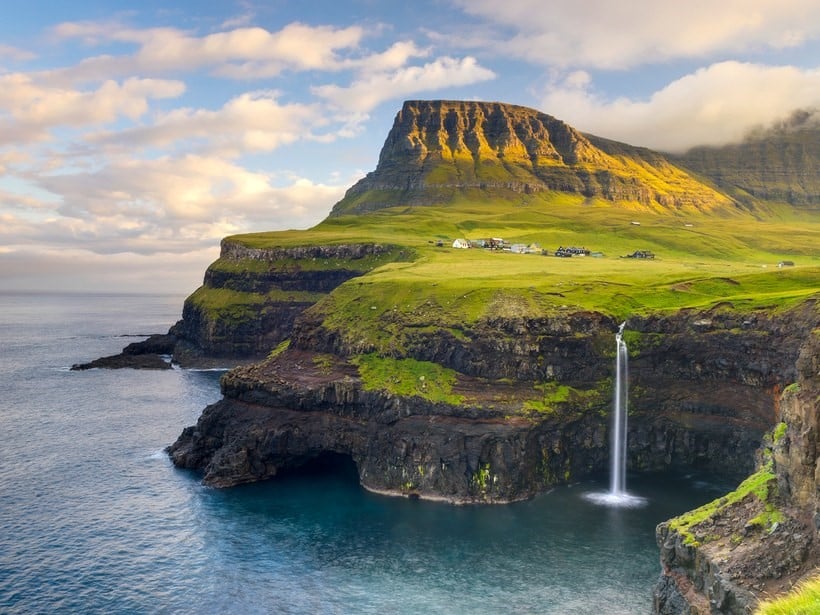 Top 7 reasons why you should visit Faroe Islands

The Faroes are 18 islands, population of 50,000 people, 70,000 sheep, only 1,400 square kilometers and 3 traffic lights located between Iceland and Norway but belong to Kingdom of Denmark.

Barely visible on most maps of the world, the Faroe Islands are in the middle of the North Atlantic. With its stunning beauty, rugged mountains covered with soft green grass, deep fjords, bright summer nights, unique culture, and humble, but friendly and hospitable people, the archipelago is the perfect destination for those who want to experience something radically different.

The best islands in the world

The Faroe Islands have been named the best islands in the world by the American travel magazine National Geographic Traveler. A few years ago, the magazine invited more than 500 travel experts to take part in a survey to name the best island community in the world. The survey was based on the degree of conservation of nature and the characteristics that make a destination unique. 111 islands and archipelagos were considered. In the end, the Faroe Islands led the survey, which named them the first island destination in the world. National Geographic Traveler affirms that the Faroe Islands are authentic and unspoiled and that it is very likely that they will remain that way.

The Faroe Islands are characterized by their incredibly fresh and pure air, green grass, which even grows on the roofs, impressive landscapes with steep mountains, fjords, a multitude of birds, cozy villages with colorful houses and exquisite crystal clear water – a country whose views beautiful will take your breath away. 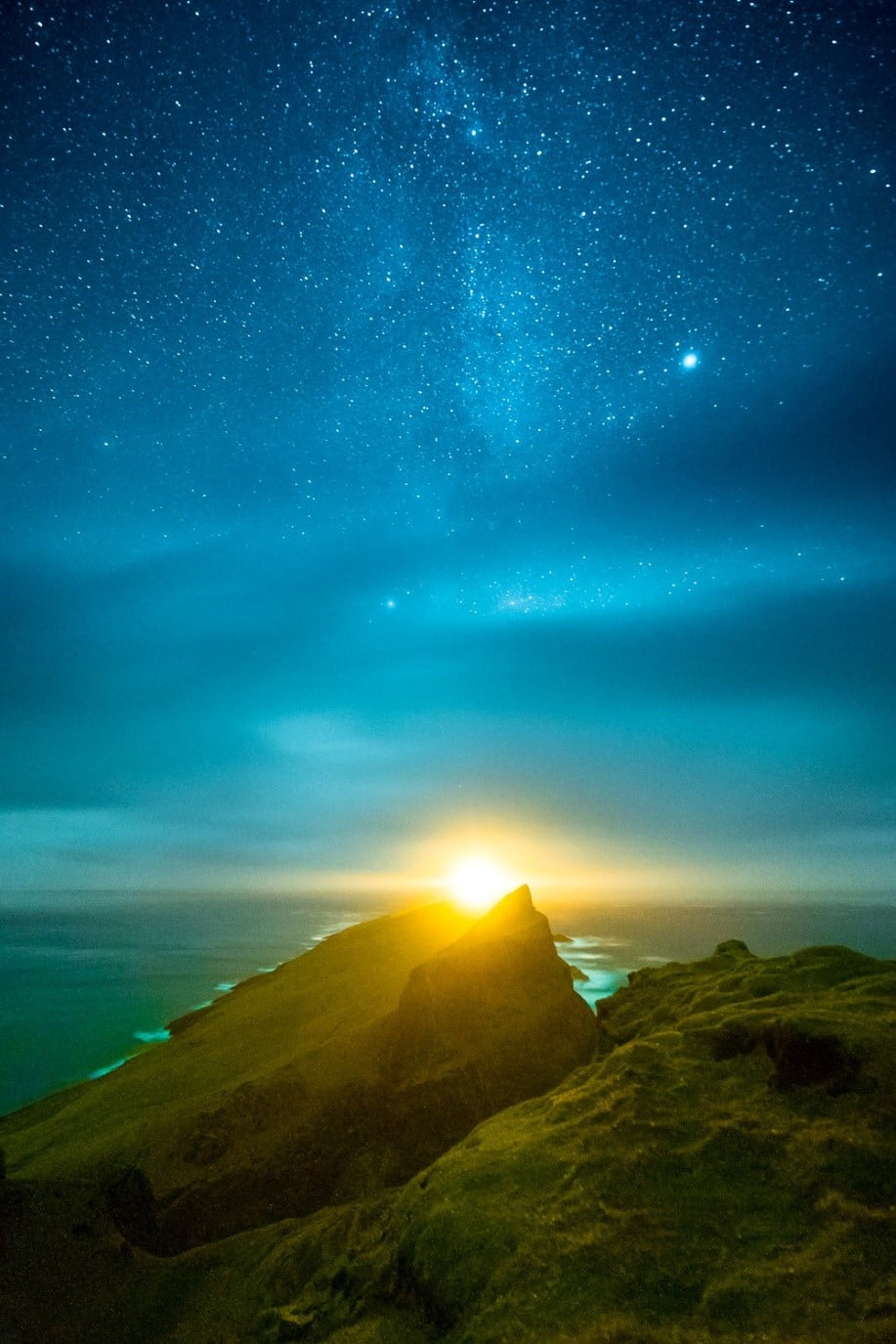 In the midst of the fresh sea crisscrossed by the Gulf Stream, the Faroese have access to some of the best fish and seafood products in the world. Traditional cuisine was always linked to local nature. Thus, lamb and fish remain an integral part of the Faroese cuisine and daily life. The constant need to exploit everything offered by nature is now an advantage for the Faroese since they are accustomed to harvesting what nature offers them. With bold chefs looking for new ways to refine traditional cuisine, the Faroe Islands present themselves as an innovative and exciting attraction for those seeking extraordinary culinary experiences.

Ræst is the Faroese contribution to the world’s culinary palate. This unmistakable flavor is the cornerstone of the Faroese cuisine. It represents the union between the characteristic natural phenomena of the Faroes and skills perfected over many generations. Ræst is the very essence of the millennial art of survival, but also, the embodiment of a modern concept, umami, the unknown fifth basic flavor. The process of turning the meat or the fish ræst is a combination of fermentation and curing. The traditional Faroese method of preserving the meat is to hang it in a warehouse of slightly spaced clapboards so that it dries with the air that enters through the cracks. This technique was born from the millenary struggle of survival. However, this unique flavor has become a national treasure.

The smallest capital in the world

Tórshavn may be the smallest capital in the world, however, it has four-star hotels, excellent restaurants that serve dishes based on local products, such as fish, sheep, poultry, seafood, and herbs. And a total of three traffic lights. A flourishing music scene with live concerts, as well as design stores that offer products inspired by the traditional Faroese fabric created by local designers recognized worldwide.

Instead of demolishing the old quarter, Reyni, the little houses in black wood, with characteristic grass roofs and white-framed windows were restored with great care, and now they are the of young families with children. Likewise, Tinganes, the seat of the Government, is an important point of reference in Tórshavn with its red buildings and grass roofs. 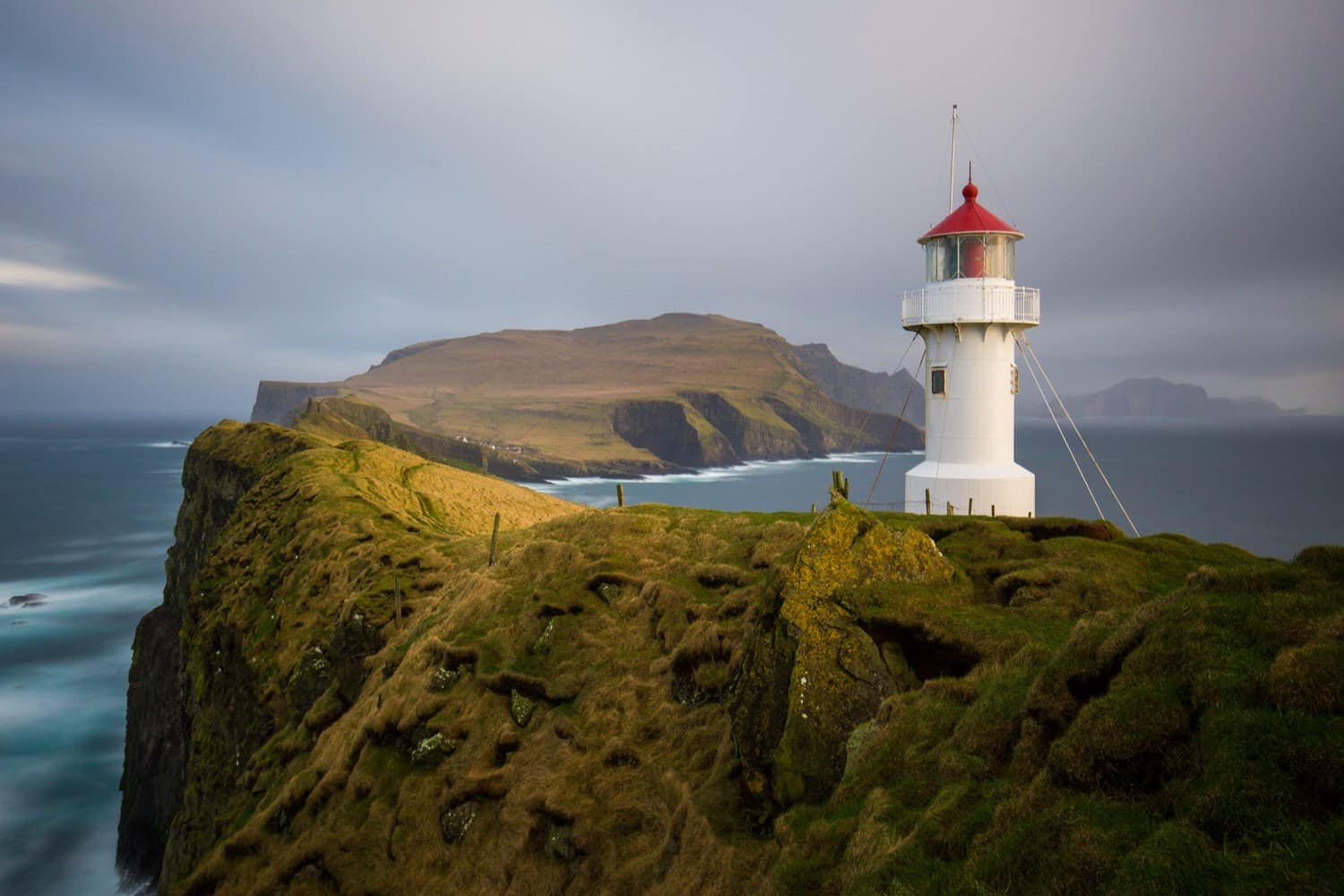 The Faroe islands are best to explore by a sailing voyage, because most places are difficult to reach other way. Besides, the most beautiful places are only accessible by boat, such as the spectacular Vestmanna birdcliffs. The many islands and ‘sounds’ give shelter to the swell of the Atlantic ocean. The Faroes are a place of impressive sea cliffs, swirling mists and legend.The cliffs of Slaettaratindur are 882 metres high and are the tallest sea cliffs in Europe.

The island of Mykines – the most western of the islands – is a true paradise for bird lovers with thousands of puffins, gannets, guillemots and other marine species. The birds can be seen very close, either from the boats that offer excursions along the majestic bird cliffs or by hiking in nature. In addition to the seabirds, because of their distance, the Faroes Islands are a magnet for the migratory species that fly over the North Atlantic. Around 300 bird species have been recorded in the Faroe Islands, but only about 100 of these are common migrants or nest on the islands. This means that almost 200 species are rare on the islands, and each year new species are added to the national registry.

There is nothing like an excursion in beautiful and dramatic landscapes, where you can enjoy the tranquility and breathe the clean air. There is not much walking to experience the spectacular unspoiled nature, and along the trails, you will discover many interesting places related to the history and traditions of the Faroes. 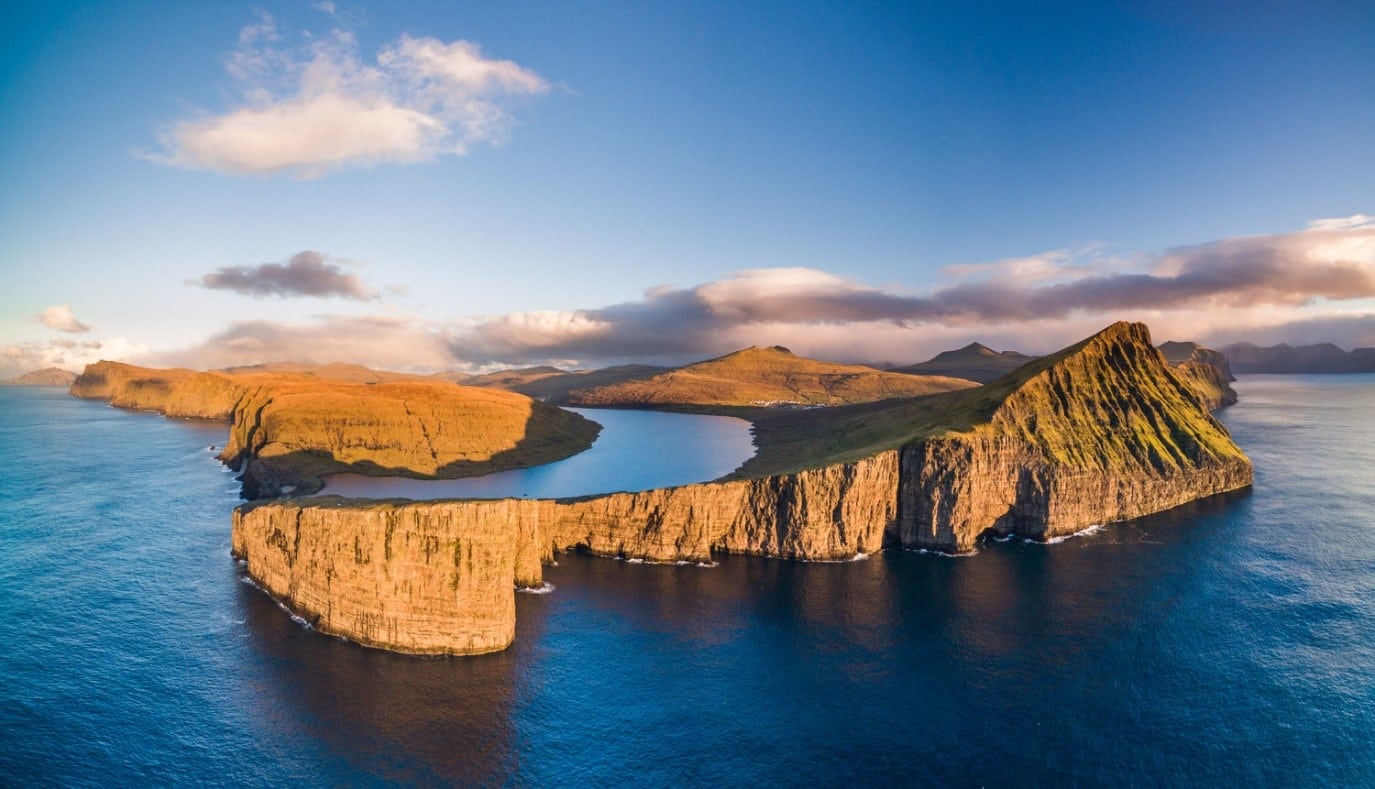 The excursions will allow a glimpse in the way the ancestors lived. You will find stone houses, boathouses, old fences, sheep sheds, and fransatoftir (French ruins), which are the remains of shelters where the people used to hide from the pirates. In a multitude of birds nest on the slopes of the mountains, you may see an oystercatcher, the national bird of the Faroe, or a golden plover, a snipe, a whimbrel or one of the many other species.

The Faroe Islands have endless trails, ancient routes that connected the villages. The exceptional sensation of climbing a mountain on a sunny day makes you forget any fatigue. It may be a bit difficult to reach the top, but the green grass around, the birds singing, the omnipresent sheep, and the magnificent panorama when you reach your goal are rewards that are priceless. With the view of the ocean, other mountains and the neighboring island live a moment ofdeep peace and union with nature.