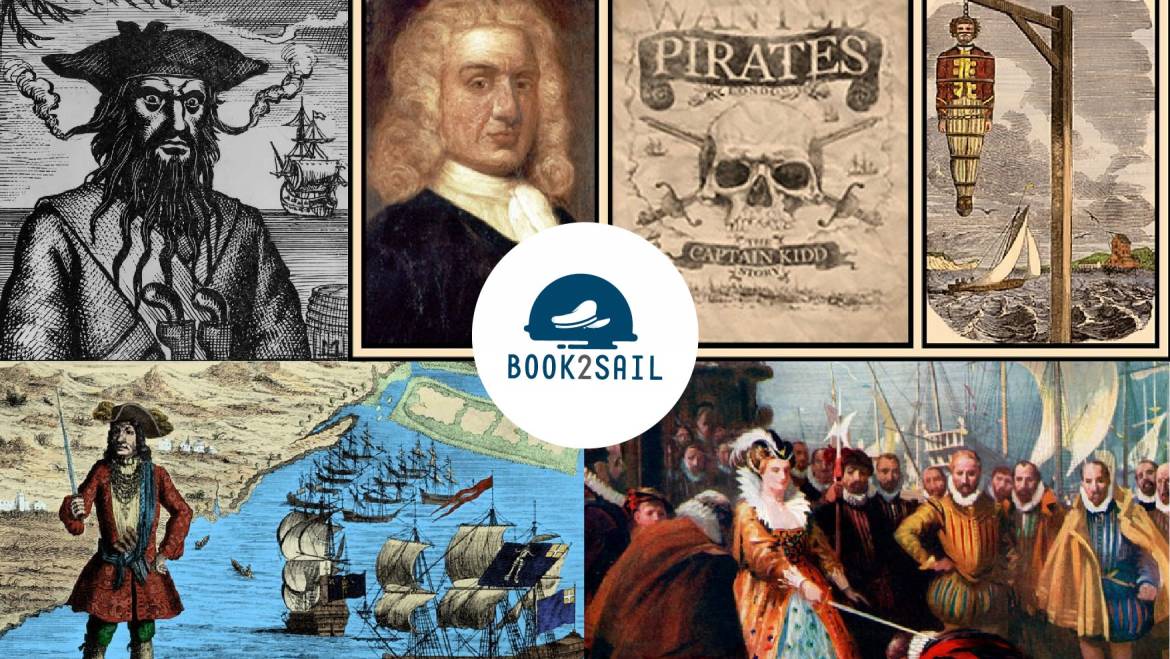 Who were the real pirates of the Caribbean?

We know all about pirates, the jolly fellows with pet parrots, always looking for adventure.  Not quite. The real pirates of the Caribbean were violent, desperate thieves who thought nothing of murder, torture, and mayhem. Meet some of the men behind the infamous legends. 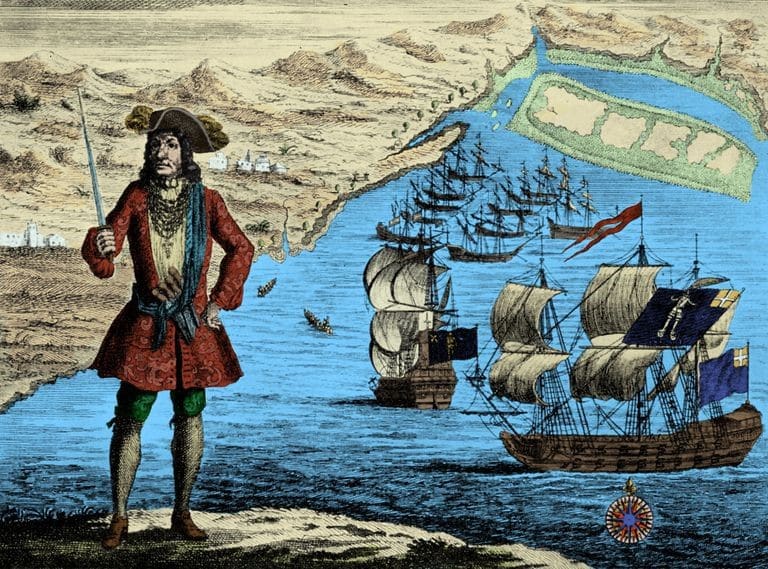 Bartholomew Roberts, also known as Black Bart, was a pirate for a short three years, however, he left his mark as one of the most successful in history, having captured almost 500 boats.

Black Bart was known for his bravery, often attacking ships much larger than his own. But also his reputation spoke of a vicious man. When the captain of a captured slave ship refused to pay the ransom, Roberts set fire to the entire ship with the slaves inside.

In addition, he was seen as a well-dressed man, as a man of religion that refused to attack on Sunday. Also, contrary to what is believed about other pirates, Black Bart was moderate, and usually very polite to women.

Black Bart died in 1722 during a naval battle with HMS Swallow and his death marked the end of the golden age of piracy in America. It is supposed that he was thrown overboard, in his best clothes, as was his wish. 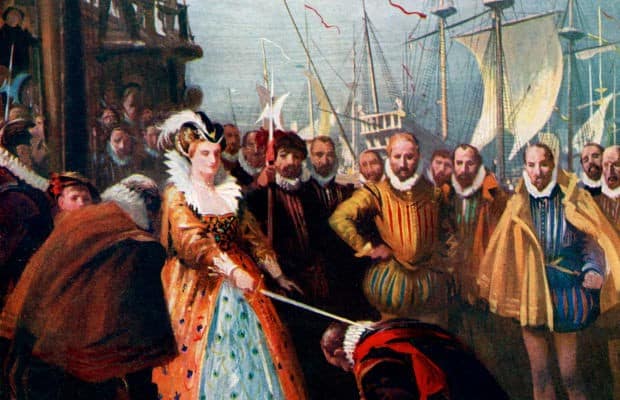 A hero in England, and an enemy in Spain, Sir Francis Drake was probably the most powerful and intelligent pirate in history. For Spain, he was nothing more than a robber, plundering Spanish ports. However, for the English, he was a noble corsair and an expert sailor. And the truth is that judging by the results obtained in battle and the honors that were granted, there is no doubt that the English monarchy should be very happy with him.

No wonder, at the end of his career he only responded to Charles Howard or Queen Elizabeth I of England in person, who named him a knight.

Drake was not just a pirate, but a skilled navigator. Beyond his bad reputation, it is remarkable that Drake is known as the first Englishman to circumnavigate the globe in 1580, and that the passage with the most stormy waters in the world bears his name.

Perhaps one of the most unfortunate pirates in the history of piracy, William “Captain” Kidd was to be a noble Scottish corsair, but he ended up being a mere pirate. To clarify this, it can be said that the pirates sabotaged any ship and were persecuted by the authorities, while the corsairs were sailors who attacked the enemy ships by express order of their government.

In fact, at first, Kidd had the mission to hunt pirates by order of the governor of New York and Massachusetts. He tried to carry out his mission when his crew died of cholera, his ship began to show cracks and all his attempted attacks failed.

Finally, Kidd captured an English ship full of treasures and thus became a pirate, although he believed that it was a French ship. Many legends were told about the hiding place of Kidd’s treasure.

The story, however, indicates that Kidd was arrested in Boston when he presented himself on the false promise that his crimes would be treated with clemency. However, he ended up being tried and executed for piracy. He was hanged and his body was hung over the River Thames, as a warning to other pirates. He remained there for three years decomposing. 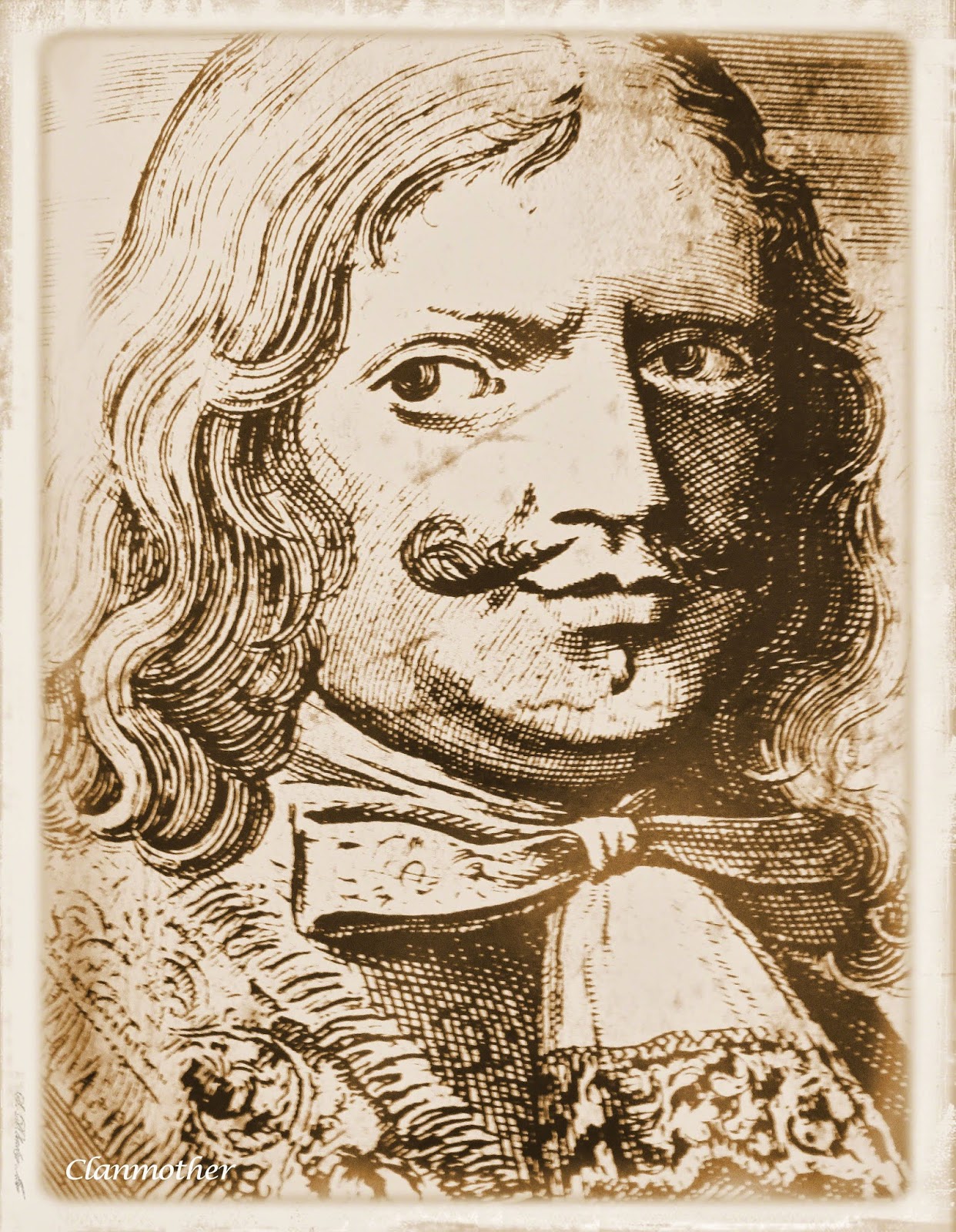 Recognized for his leadership skills and bravery, Henry Morgan is one of the most famous buccaneers of all time.

Morgan was born in Wales in 1635, but his ambition led him to Jamaica, to seek fame and fortune.

As an English captain and corsair, he gained his wealth, his power, and his reputation by conducting attacks against the Spanish and German ships, capturing enemy ships and plundering their colonies.

Unlike many pirates, Morgan withdrew peacefully from his activity and died in 1688, when the golden era of piracy began to shrink. 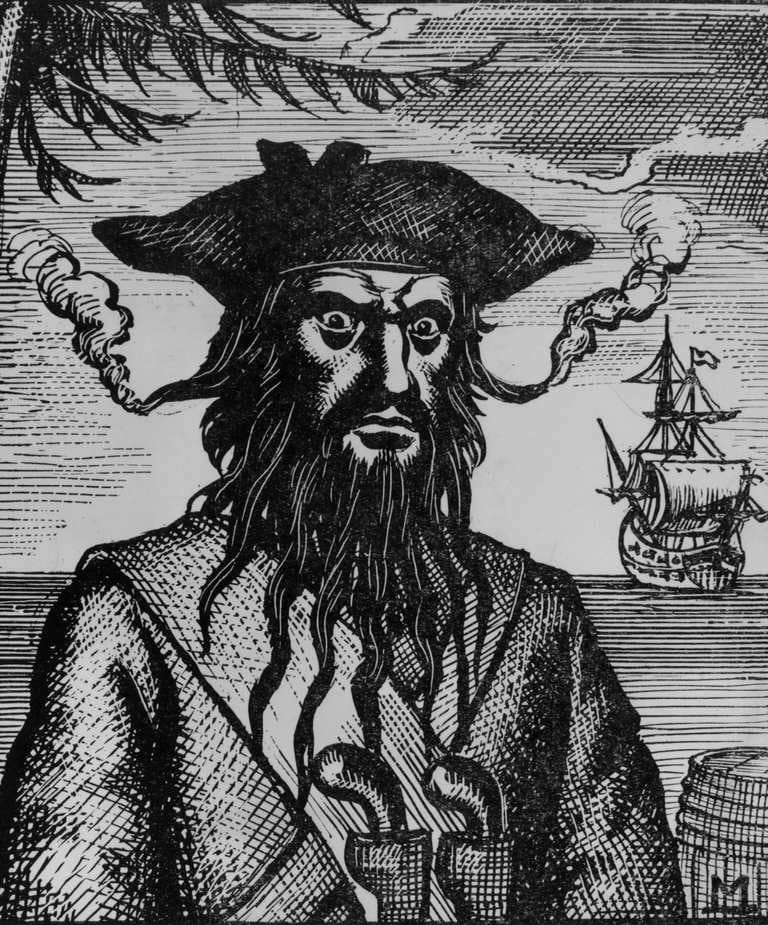 After spending time among the pirate crew of Benjamin Hornigold, Edward Teach, as his real name was, began to climb some ranks and eventually made his own ship, a 300-ton frigate which he named Queen Anne’s Revenge. The name Blackbeard came from Teach’s long, black beard, within which he would tie several ribbons of different colors. In addition, he had three pairs of pistols, sword, and small blades always at hand.

The wealth of Blackbeard increased at the same time as the legends that surrounded him. Blackbeard retired after receiving a pardon, selling his booty, abandoning his crew, and settling in the American colonies.
But even in retirement, Blackbeard could not resist the urge to attack ships, which is why the governor of Virginia gave the order to capture him alive or dead. He was ambushed on the American island of Ocracoke on November 22, 1718. Without his crew and without his power, Blackbeard fell before the law in a battle that lasted longer than he thought. When he finally died, Blackbeard had more than 20 bullet and sword wounds to his body.