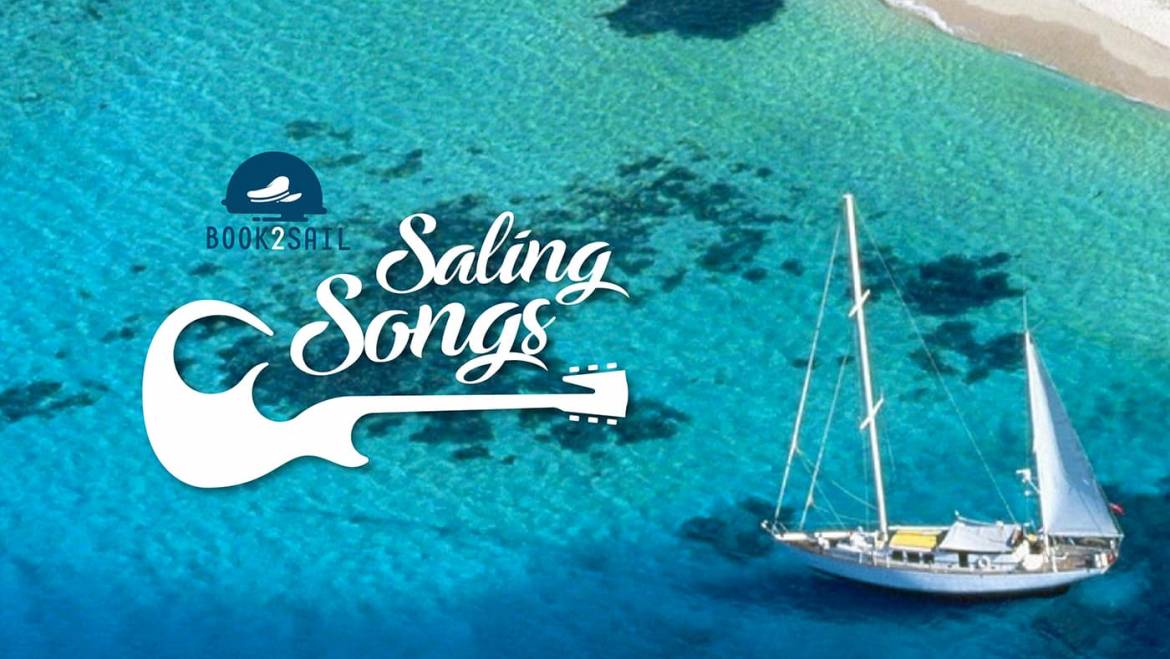 The best playlist for traveling aboard

The splashing of the waves, the sound of the wind that blows the sails, the calls of flying birds … Sailing often gives unique soundtracks. There are those who prefer to hear only these natural sounds, but we believe that a beat of good music, depending on the type of sailing, is able to amplify the sensations you feel on board.
Many artists have sung the sea in their own songs and we can still find many songs today as immense music masterpieces. The sea has inspired many present and past artists who, with their melodies, texts and arrangements have tried to best describe beauty, emotions, and everything that revolves around the sea, from the crowded beaches, to the waves that break on the rocks, and the loved ones left waiting on land.

Here`s our playlist, made of some of the best sailing songs, but also tunes that reminded us of summer, sun, and relaxed times aboard.

It`s a song about following your dreams by embarking on a journey into the unknown. The song is a personal one for DeYoung, who wrote it about struggling to break through to the next level with Styx. Formed in the early ’70s, they grew a solid fan base but were always the support act, never the headliner.

Released as the first single from The Grand Illusion, “Come Sail Away” helped get them to this next level, as the Styx became one of the top arena rock acts of the next few years.

Yeah, also, try to forget Cartman`s version of this song!

The “Southern Cross” is a constellation also known as the Crux Constellation that can be viewed from most of the Southern hemisphere. The 4 brightest stars within the constellation form a cross pattern. Sailors have relied on the “Southern Cross” to help in navigating their boats.
Stills explained the meaning of the song, said it`s a story about a long boat trip he took after his divorce. It’s about using the power of the universe to heal your wounds.

It may sound like a cool, relaxing Jamaican tune, but this song is saying “the sun is shining but don’t forget that people are suffering too.”

Aruba, Jamaica, oh I want to take ya… Don’t try to discover a deeper meaning, just drink your cocktail and enjoy in this playful tune.

This is a traditional Jamaican song that was sung by dock workers who worked throughout the night loading bananas onto ships. It’s daylight, and they look forward to the arrival of the Tallyman (who will take inventory) so they can go home.

(Sittin` on) the Dock of the Bay – Otis Redding

Redding died in a plane crash on December 10, 1967, a month before this song was released (January 8, 1968) and three days after he recorded it. It was by far his biggest hit and was also the first ever posthumous #1 single in the US. Redding was a rising star moving toward mainstream success at the time of his death. There is a good chance he would have recorded many more hits if he had lived.

The song’s protagonist is wanting to “sail” away from his problems, which are overwhelming him, and it seems he is unable to shake off the fear of not being able to meet up to people’s expectations.

Ship to Wreck – Florence and the Machine

Florence Welch explained this song is about “some time off I had in London where I had some drunken parties and trashed my house and said a drunken ‘I love you’ too soon. I was thinking about my own self destructive side, and how you can make something only to tear it down, enjoy/destroy, create/devastate etc. When you’re in that whirlwind, you often end up breaking the thing you love the most.”

The perfect song for those moments of change or difficulty in life.  When changes come up in our lives it is often at unexpected times. And Jimmy has the best advice:

Nothing remains quite the same

If I couldn`t laugh, I just would go insane

If we couldn`t laugh, we just would go insane

If we weren`t all crazy we would go insane”

“I am sailing stormy waters to be near you, to be free…”
No playlist would be complete without including Rod Stewart’s international hit from 1975. His raspy singing voice sounds angelic in this song about homesickness…