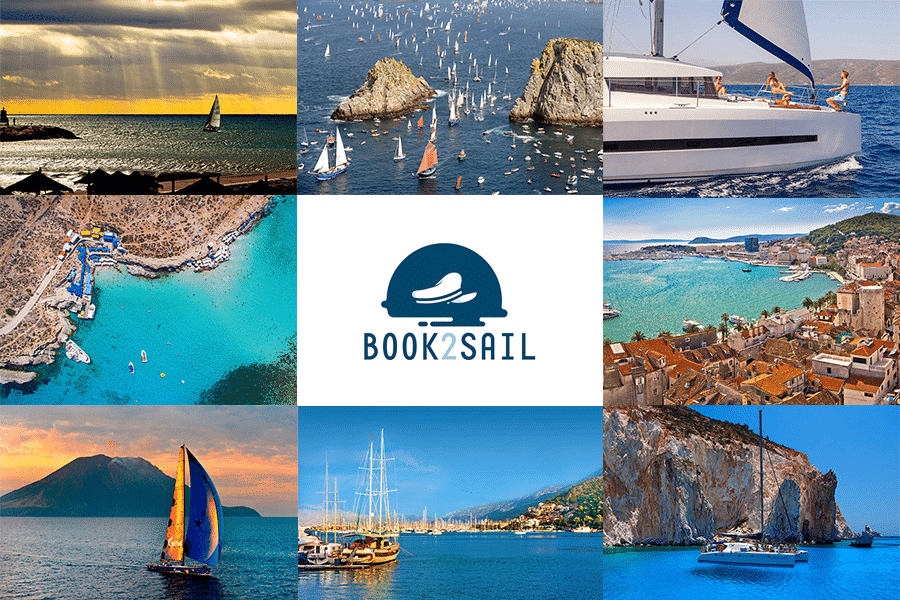 The Mediterranean, the sea which bridges together the Old Continent with the African one, that enclosed basin that has seen so much and yet endures without complaints. The Mare Magnum, as was known by the Greeks. An apt name, for despite its size, it is indeed a great sea. Below it lies treasures unheard of, while above, it is nothing short of a sailor’s paradise. Perhaps it is precisely its size that makes it ideal. The compact typography of the Mediterranean makes its total exploration possible, whether you start East and journey West or the other way round. You will meet caves and lagoons, secret coves and wondrous landscapes, all the while guided by the sea which changes in hue according to your position. Sometimes it’s the darkest sapphire, others as clear as if you’re sailing on air…

Should it come as a surprise, therefore, that this small, great sea houses an infinite number of sweet spots for you to sail through? Alas, we can only list a handful, a mere indicative number of the multitude of sailing destinations, which find their home in the Mediterranean. 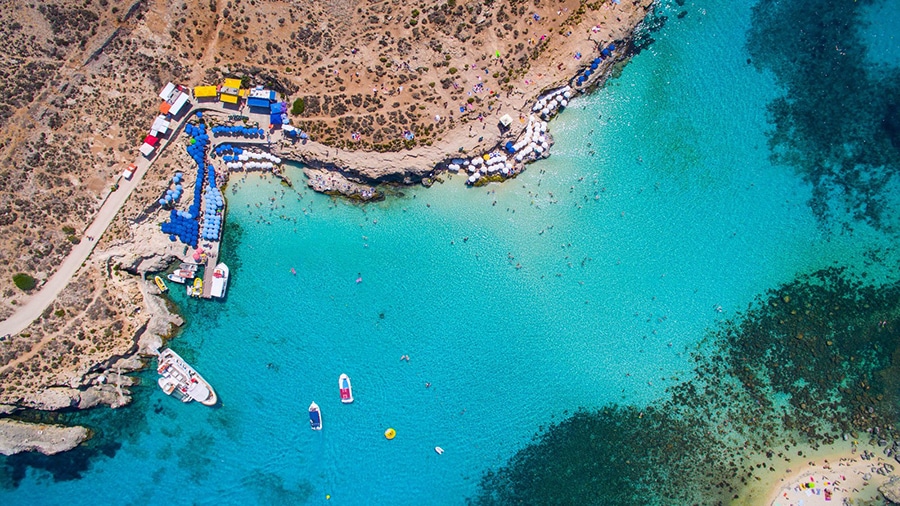 Almost everyone, from the British, the French, the Arabs and the Hospitaller Knights from Rhodes made this tiny island their home. Positioned right in the middle of the basin, you cannot hope to miss it because, despite its size, Malta has it all. A gorgeous natural harbour, some of the cleanest seas in the Med and a mild climate all throughout the year. Perfect, perhaps as a starting point to your voyage.

From King’s Landing in Dubrovnik, sail the Dalmatian coast for some of the most iconic sights in the area. The islands which dot the Adriatic Sea are home to natural parks, a grape which makes the best white wine in the region and some of the most Instagram able sunsets you will see this side of the world.

Greece needs no introduction; its history and reputation precede it. Once home to mythical heroes and vengeful gods, it is now a peaceful sailing destination. Visit the lesser known islands and spend your day wandering about like Odysseus back from Troy, or eat your heart out at one of the many tavernas. 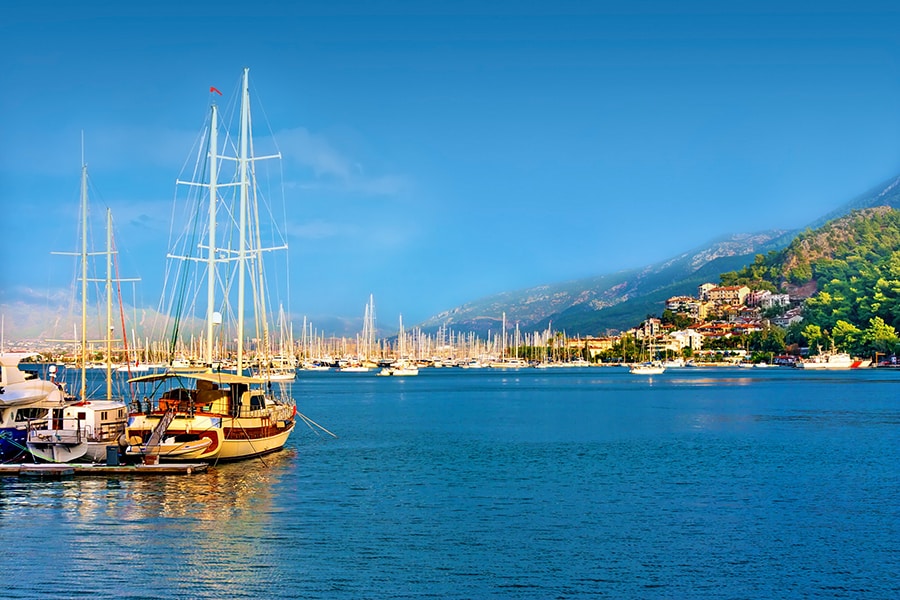 Severely underrated, Turkey is the sailing destination par excellence. With an ever-changing landscape of mountains, forests, sandy beaches and cliffs, you will be hard-pressed to find one dull moment on your trip. Then, when you spot a secret nook, don’t hesitate to enter. It’s your ticket to your own little lagoon… 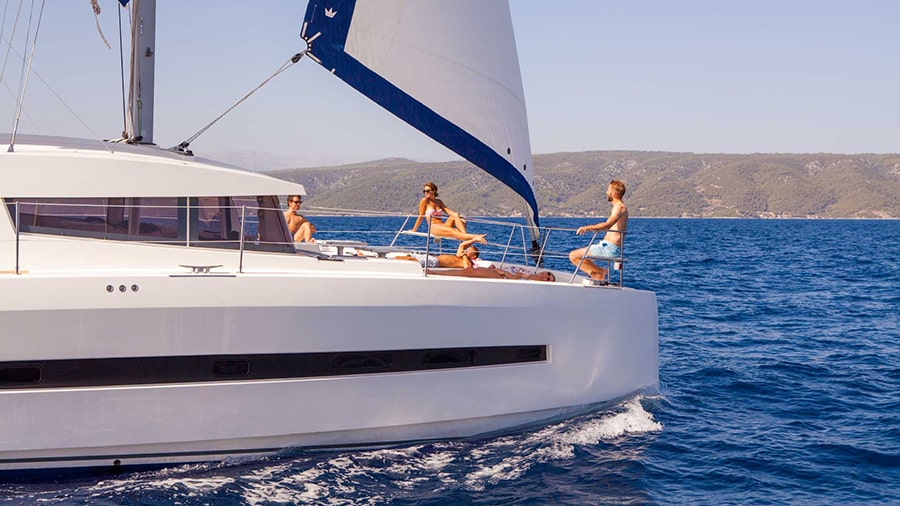 There is a reason why this country is also called Il Bel Paese. Simply put, it is one of the most diverse and beautiful countries in Europe. Its elongated shape allows for mountainous regions but has some of the most beautiful beaches in the world. Head over to the Amalfi coast for a taste of some home-grown Dolce Vita vibes. 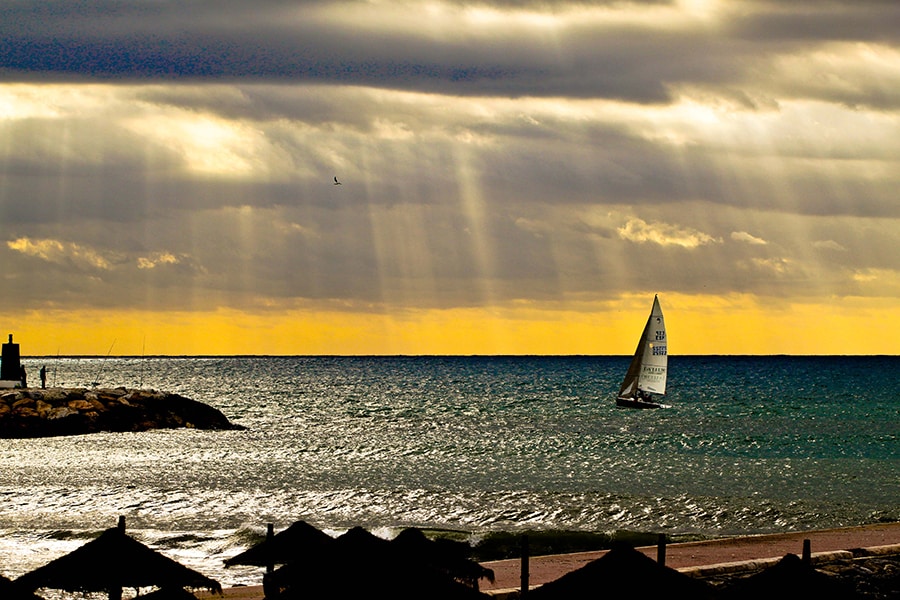 Spain is quite the land of contradiction. While the south speaks of Moroccan influence, the centre and the Iberian islands sing quite a different tune. Sail across its coast and visit the islands for an unmatched party atmosphere. Watch the sunset while the DJ fills the air with the latest Summer music and make sure the Piña Colada keeps on flowing… 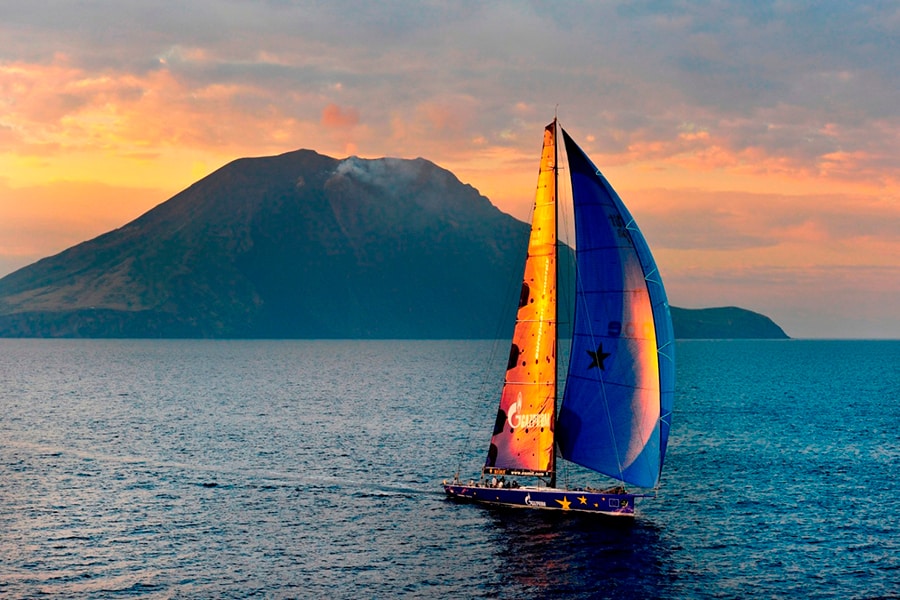 Mythology has it, that Aphrodite first landed on this island as she was born from the sea. We think she chose an excellent place for her first steps on land. Sail across Cyprus’ aquamarine seas, explore the island on quad bikes or try out the many water activities you’ll find on its best beaches. 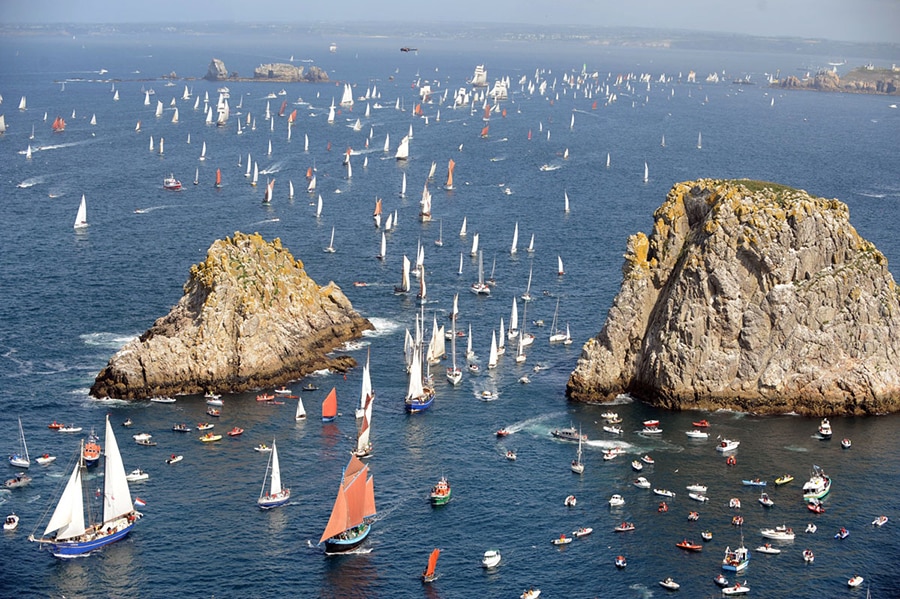 The French Riviera is the stuff of old Hollywood movies; its glamour will never die. Sail through Cannes, Nice and St Tropez. Soak in the sights of the large private yachts swaying gently in the harbour, against the charming backdrop of the green rolling hills. If the smell from the chic restaurants is not enough to entice you ashore, the pearly white beaches will. That’s a promise.

What the Mediterranean might lack in size, it makes up for in character. With so much history and races of people making their way to and fro, this sea has become a veritable hive of wealth, never once losing its allure. If only it could speak, who knows what stories it would tell?