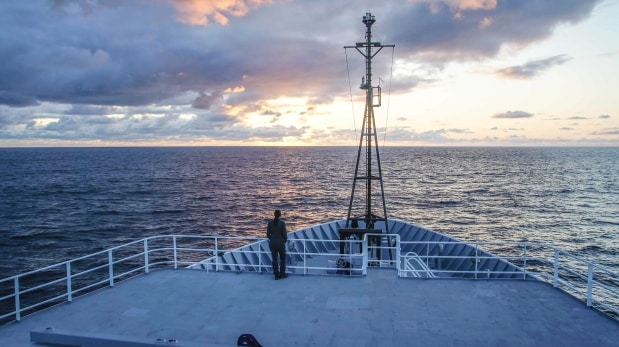 Water: the well that keep on giving

Three-quarters of our planet’s surface is covered with water, and 97.5% of all that is saltwater. Despite its high availability, it is not used for human consumption and many people believe that we are wasting an important source of this natural resource. But, after all, can we drink the water from the seas and oceans?

Saltwater, in the way it is available, cannot be consumed. This water is rich in sodium chloride, the same salt we use to prepare food, and the excess salt in our body causes the cells to start losing water by osmosis, which causes dehydration. It is estimated that the concentration of salts in drinking water is about seven times lower than the water of seas and oceans.

Due to the dehydration caused by the intake of salt water, a person begins to feel more and more thirst. It is estimated that for every liter of saltwater ingested, two liters of fresh water are needed to dissolve the entire amount of salt. Therefore, when there is a shortage of fresh drinking water, the ingestion of salt water can cause more harm than good. In addition to this problem, sea water has high concentrations of other elements, like chlorine, magnesium, sulfur, potassium, that cause intestinal irritation, loss of a greater amount of water, dehydration, and in the worst cases even death.

However, there are modern techniques that allow people to use seawater. The two most commonly used processes to make sea water drinkable are desalination / distillation and reverse osmosis.

Their principle is simple: Distillation consists of evaporating the seawater, either by using the heat of the sun’s rays, or by heating it in a boiler. In nature, this basic process is responsible for the water cycle. The sun supplies energy that causes water to evaporate from surface sources such as lakes, oceans, and streams. The water vapor eventually comes in contact with cooler air, where it re-condenses to form dew or rain. This process can be imitated artificially and more rapidly than in nature, using alternative sources of heating and cooling. That way, only the molecules of water escape, leaving in deposit dissolved salts and all the other substances contained in the sea water.

If you were stranded on a life raft in the ocean, or spent all your water supplies onboard, there is a device, a solar still, that could provide you with invaluable fresh water to save yourself. It works by using the sun’s heat to evaporate seawater placed in the center, on the black plastic (black, to absorb more heat from the sun). The evaporated water vapor rises until it hits the clear plastic and then condenses into liquid fresh water. Adhesion holds the water onto the plastic and gravity causes it to move down the sides of the clear plastic, to fall into a circular reservoir around the edges of the still.

Reverse osmosis, for its part, requires treating the seawater beforehand by filtering and disinfecting it in order to get rid it of the elements and the micro-organisms it contains. The process then consists in applying to this salt water a sufficient pressure to pass it through a semi-permeable membrane: only the water molecules pass through the membrane, thus providing fresh drinking water.

The major disadvantage of these systems is that they are costly. The construction of power plants and the high consumption of electricity are two factors that make drinking water production more expensive from sea water, than from fresh water.
The amounts of energy required for heating or compressing water are too high, and the volumes of water produced too low. The use of these techniques of drinking water production thus remains very minimal. Only some countries with very low water resources but sufficient wealth, such as Kuwait and Saudi Arabia, use desalination of seawater to produce fresh water for human consumption. Be that as it may, this issue, which is of considerable importance, has already been the subject of much research, which is continuing.

Despite being a never-ending source of water, the oceans and seas are still not a good alternative for drinkable water. In addition to not being able to consume untreated water, the cost to make it drinkable is often infeasible. Therefore, desalination should be a resource used only in cases where fresh water supplies are no longer available.

In the face of the water crisis that we face, the main solution is for the population to consciously consume, reuse water and make the most of rainwater. Sustainable use of water resources is the most effective way to avoid rationing.