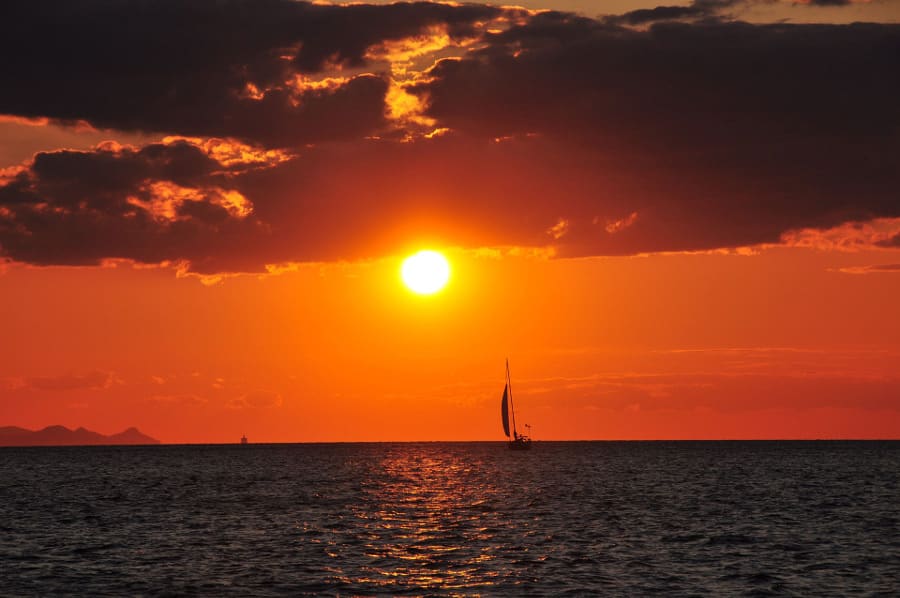 Sailing in Croatia: 10 Facts about the Croatian Coast

Croatia is a stunning destination next to the Adriatic Sea and one of the fastest growing travel destinations in the world. From Dubrovnik and Split to Zadar and Trogir, the cities are a fascinating encounter with medieval Europe in modern day times. At the same time, the cities are not the main attraction here, for a scintillating coastline can also be found which makes sailing in Croatia so enticing with white powdered beaches, crystal blue waters, and many enchanting islands.

Here are ten interesting facts about the coastline in Croatia:

10 Facts about the Croatian coastline

While it may very well conjure up images of the popular Disney movie, 101 Dalmatians, the coastline of Croatia has long been known as the Dalmatia Coast. Stretching back to the 17th Century, the word “Dalmatia” comes from Imperial Roman times and unsurprisingly, the “world famous” dog is called after this world-famous coast. 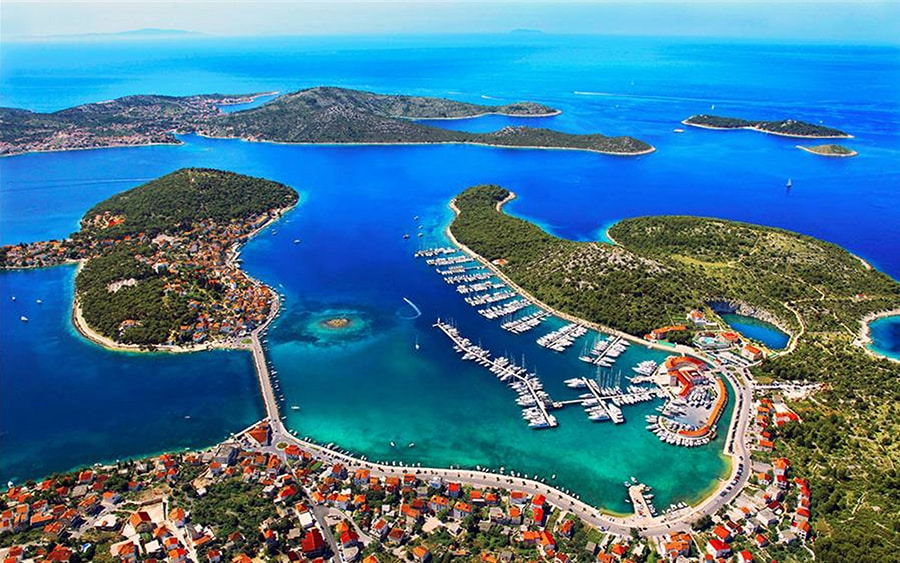 Both Split and Dubrovnik featured heavily in the television series hit, Game of Thrones. In fact, if you happen to find yourself mesmerized by an ocean view while sailing in Croatia or an ancient city wall or city in the background, it was likely filmed on the Dalmatian Coast. 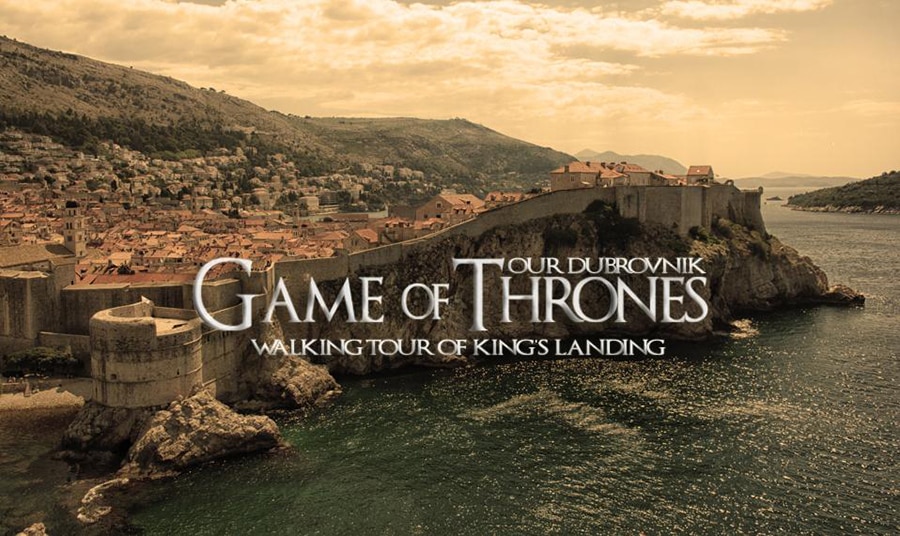 Croatia has a coastline which extends more than one thousand miles. That is more than fourteen hundred kilometers, and for this reason, the Dalmatian coastline provides the perfect place to enjoy a yacht charter in Croatia. 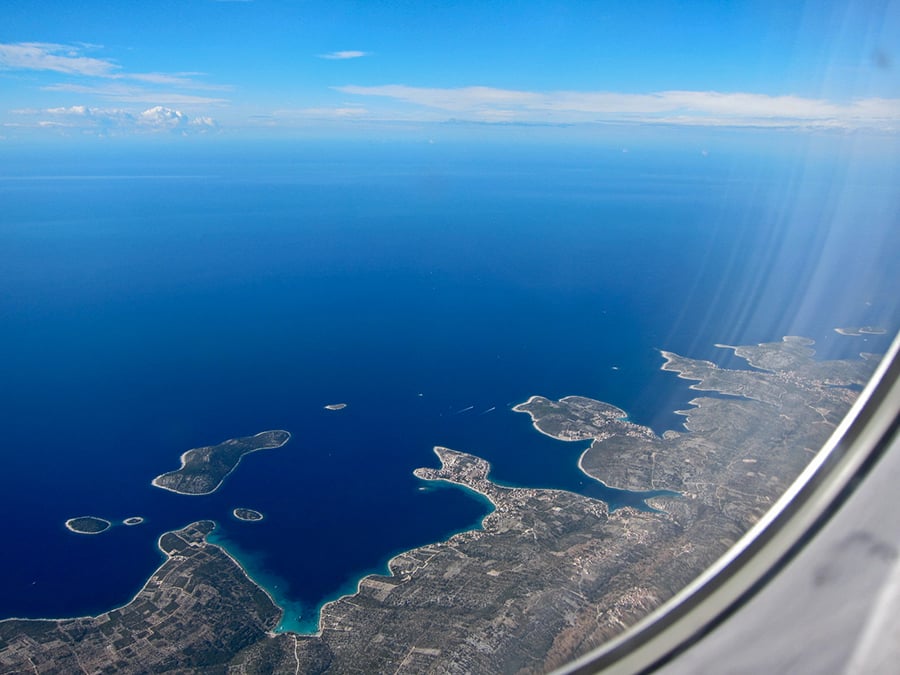 Brac is one of the islands off the coast of Croatia, and it is here you will find the most popular beach in the entire country. Located in Bol, Zlatni Rat Beach is particularly special in that it changes color as a result of the changing wind. 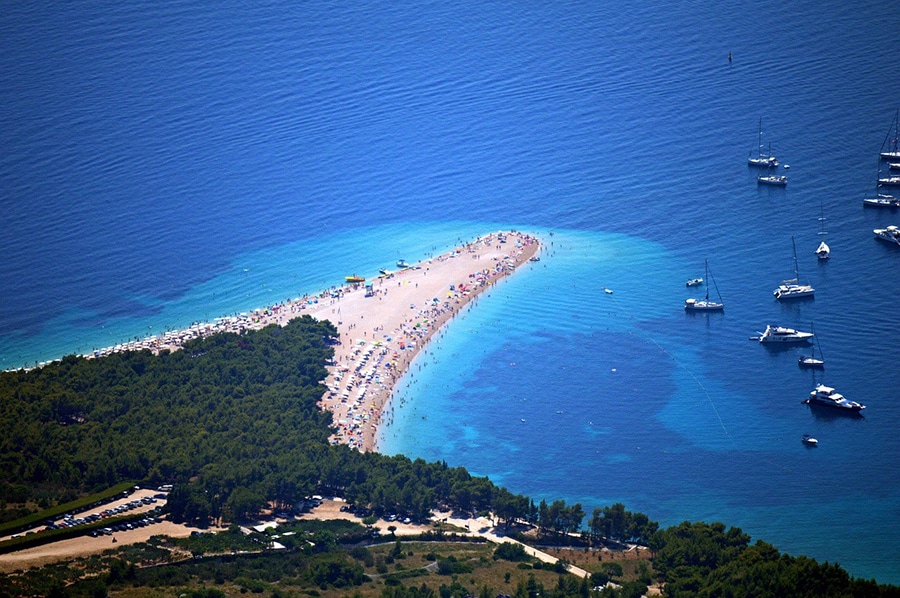 Incredibly the amphitheater in Pula, halfway up the coastline of Croatia is the sixth largest in the world and was regularly used was gruesome gladiator fights back in ancient times. Now a tourist attraction, you can easily visit this spectacular sight on a yacht charter. 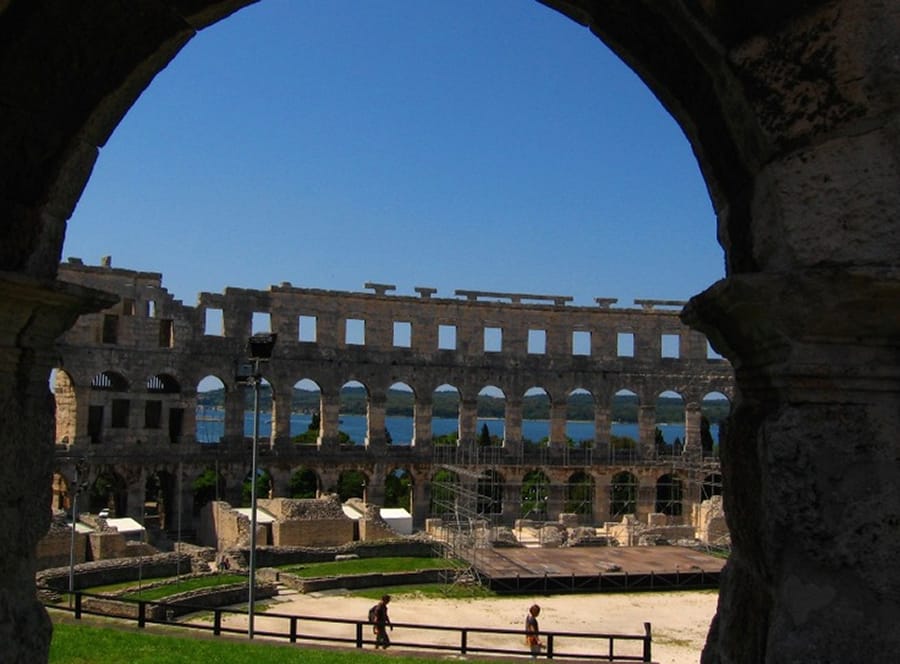 Several thousands of years ago, Greek influence led to the introduction of wine to Croatia. Today, the wine regions are easily accessible for yacht charters traveling up and down the Dalmatian coastline. 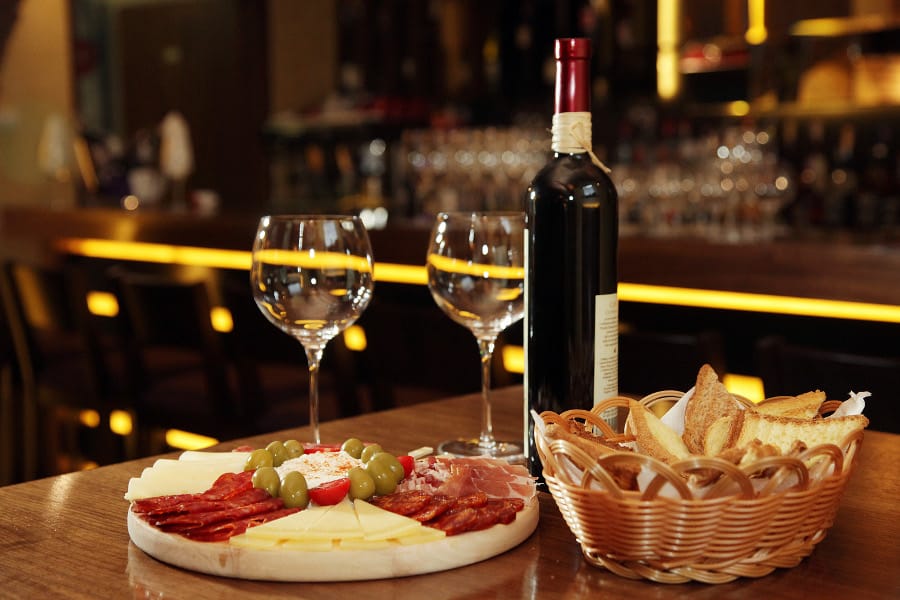 Famous movie director Alfred Hitchcock is famous for saying that Zadar is home to the most spectacular sunset on the planet. In a very well-known memoir, the director recalls this sunset as being even more impressive than any he had witnessed in Key West, Florida.

While Australians might like to deny this to be true, Croatia receives more than two and half thousand hours of sun every year. As far as popular travel destinations go, this is as close to a record as you will find. 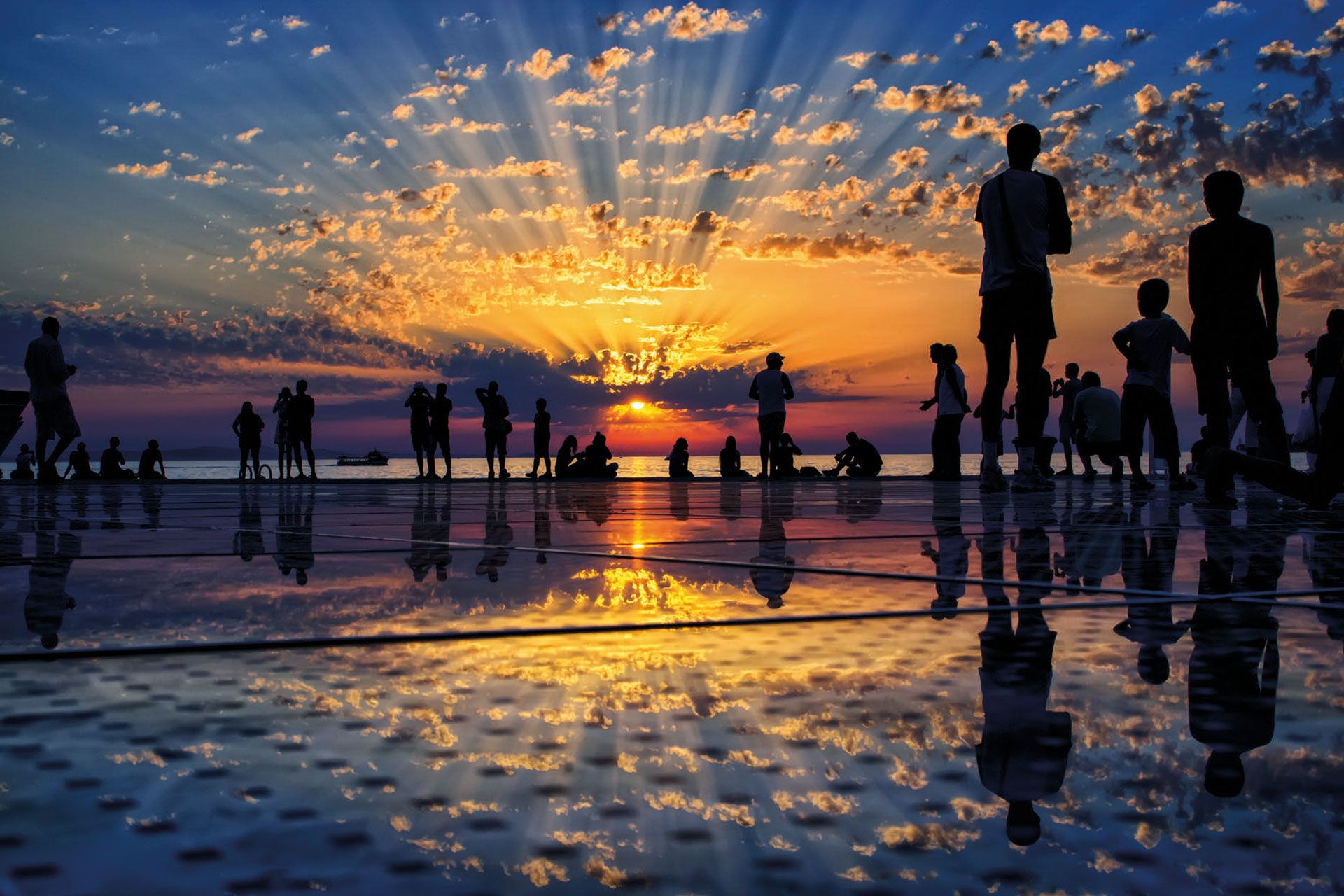 Whether they are inhabited or not, there are 1,246 islands in Croatia, and that is an insane amount of exploration to be doing on a yacht charter. 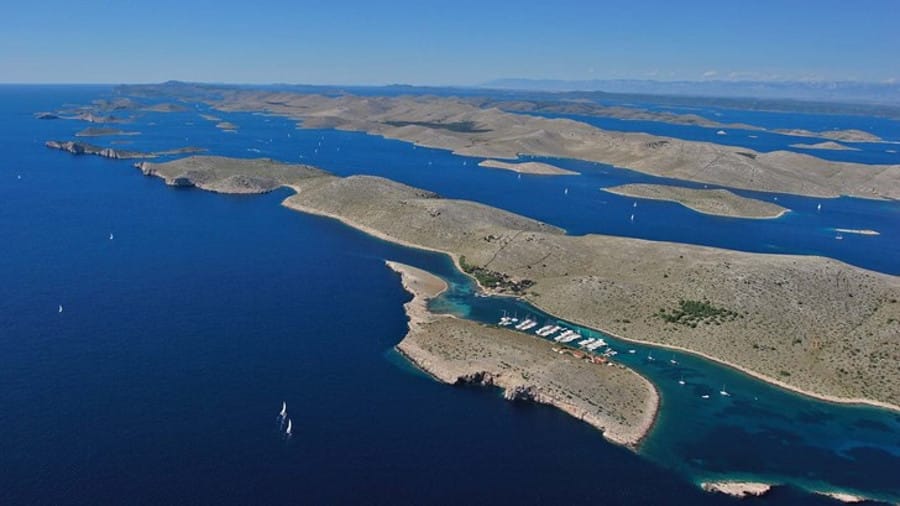 In fact, these islands are often the main attraction for sun worshippers and water sports lovers who come to enjoy sailing in Croatia. 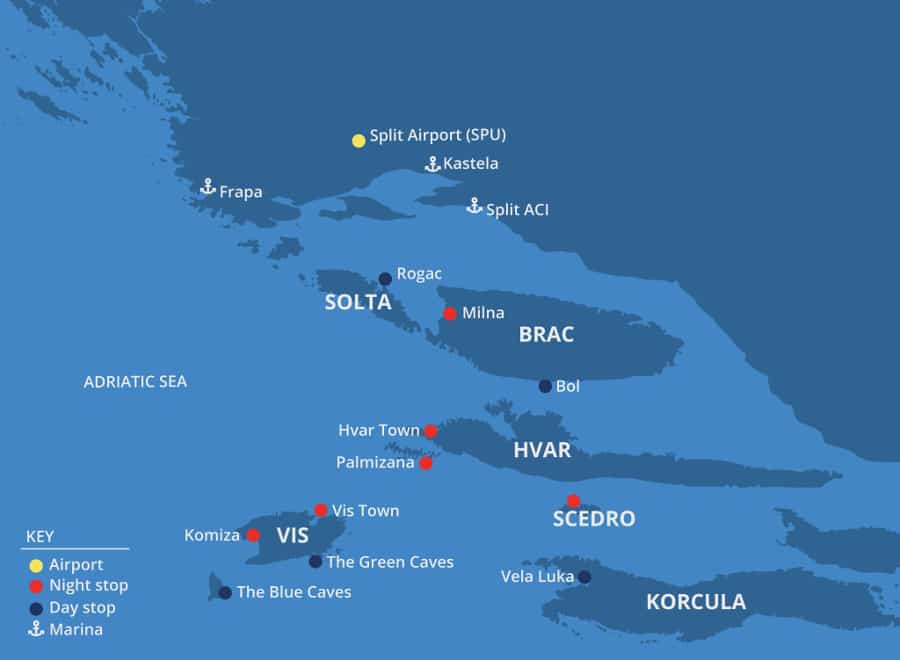 And ten is the magic number because more than ten million tourists visited the Dalmatian coast last year. That is more than twice the population of Ireland and more than enough tourists with sunburn. 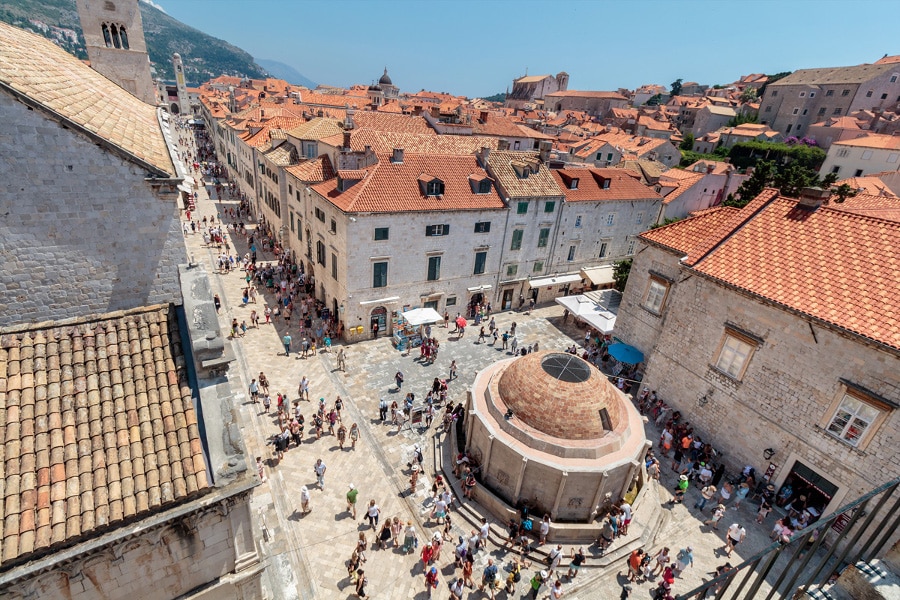